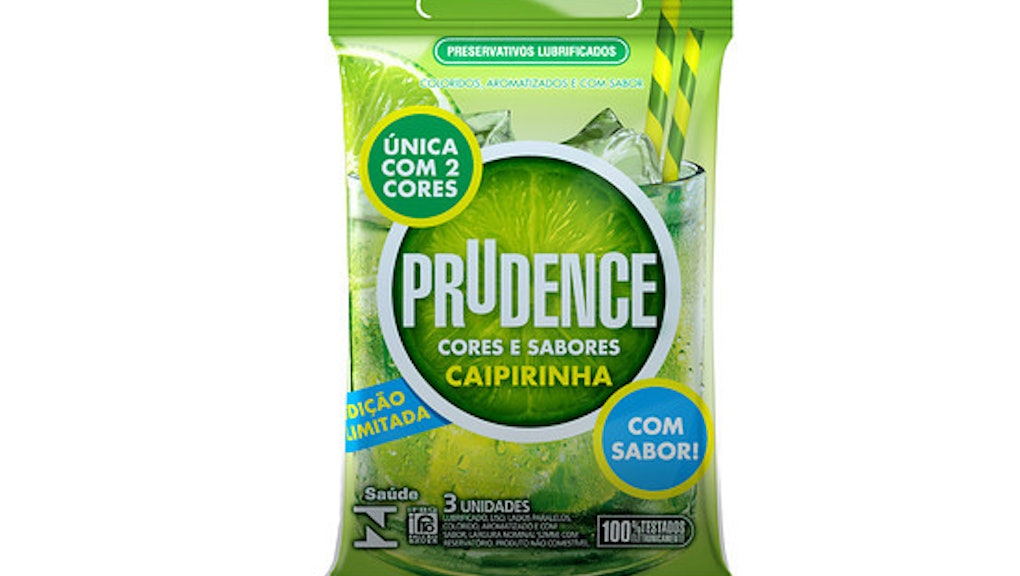 One Week After the World Cup's Start, Here's What's Happening to Condom Sales in Brazil

Condoms are winning big: Specifically, Brazilian-flag inspired and caipirinha-flavored condoms. The world's largest condom maker, has scored a huge win at the 2014 World Cup, selling 2.1 million units since they came on the market in February.

But as condom sales climb and sex plays a major role in the sporting event's overall image, it's not yet clear whether this will help promote a much-needed safe sex campaign or if it's just great marketing for Karex.

DKT International, a Washington, D.C.-based nonprofit, is distributing the condoms in Brazil at $1.39 for a pack of three. The first available round of 288,000 packs sold out in just 15 days. And the same number were just distributed in Brazil this past week.

Why is Karex doing this? Family planning and HIV prevention are behind DKT's mission to market safe sex. Brazil is home to 2.5 million people living below the poverty line. These low-income families are affected by alarming rates of STDs and unwanted pregnancies. Karex is hoping their condoms could add a positive spin to the world's "sexiest World Cup."

Will this work? In Brazil, soccer is religion, meaning World Cup fever can be a huge platform for any agenda. Condom distribution has a key stake in Brazil's fight against teen pregnancy, teen prostitution and high birth rates.

Whether or not the condoms will be taken home as souvenirs or be used on-site, the very fact that they're selling strikes an upbeat chord in Brazil. Because no matter why it's happening, an increase in condom sales really isn't bad for anyone.