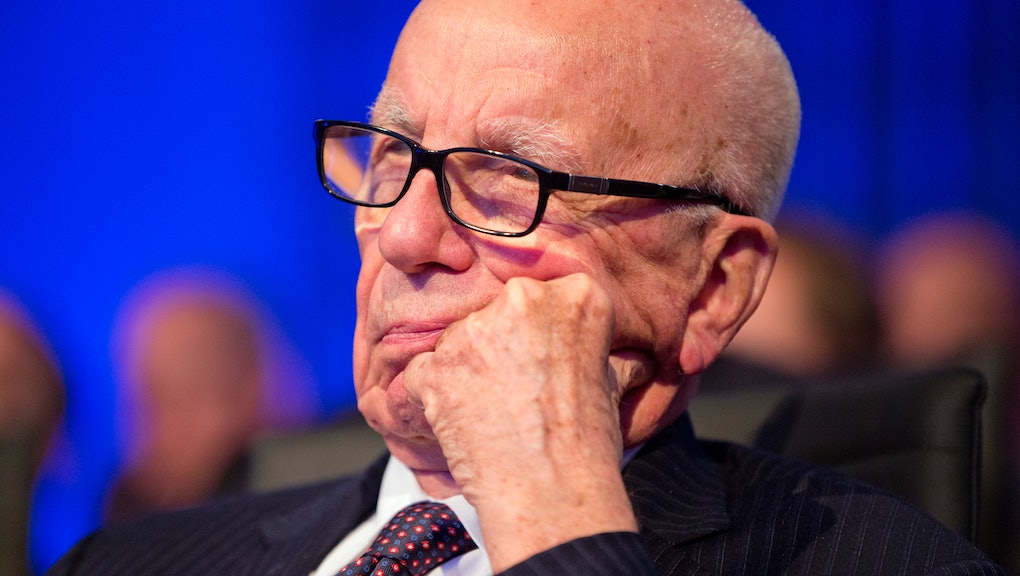 Rupert Murdoch, owner of News Corp. (which includes Fox News Channel and the New York Post, among many others) and political heavyweight, wrote an op-ed in the Wall Street Journal this week saying that comprehensive reform, including a pathway to citizenship for undocumented immigrants, "can't wait." He writes:

"I don't believe that people come to America to sit on their hands. The vast majority of America's immigrants are hardworking, family-minded individuals with strong values. They are drawn here from many different places by a common belief that this is still the land of opportunity for those willing to work hard. We need to give those individuals who are already here—after they have passed checks to ensure they are not dangerous criminals—a path to citizenship so they can pay their full taxes, be counted, and become more productive members of our community."

No change of heart: Murdoch has actually pushed for reform for years. It's an issue he has dealt with personally — he immigrated to the U.S. from Australia and became a citizen. (Sure, the process is easier for a rich media mogul, but bear with him.)

During the 2012 election, Murdoch pressed Mitt Romney to embrace immigration reform and court the Latino vote. Romney did not.

Murdoch's current concern is the result of House Majority Leader Eric Cantor's stunning defeat in the Virginia Republican primary. Cantor's opponent, David Brat, ran on an heavily anti-immigration reform platform. A Republican party sharply divided by the issue, Murdoch says, is one that won't be able to come to a compromise on reform.

Thanks, Fox News: If he's worried about public opinion, though, Murdoch might want to address his own news channel. Commentators on Fox News have railed against immigration reform, attacking President Obama on the issue and warning of the dangers of amnesty:

That being said, the general public takes a much more sympathetic view. A Politico poll last month showed that 71% of voters backed comprehensive immigration reform (including 90% of Hispanics). That breaks down to 78% of Democrats and — surprise! — 64% of Republicans.

The last reform bill may have stalled in the House, but with those poll figures and the support of conservatives like Murdoch, it might not be too long before another vote.