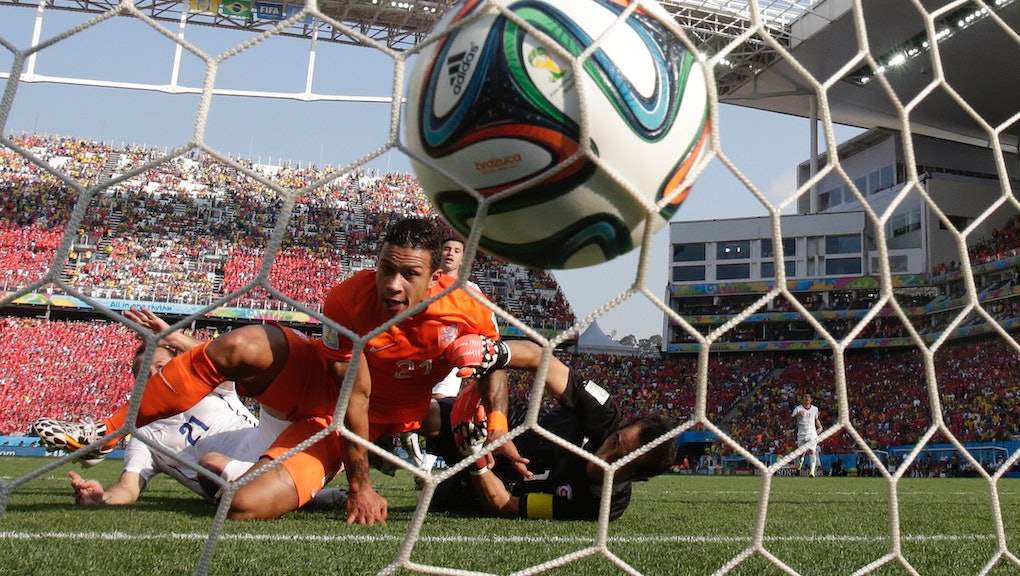 While You Were Watching the World Cup, 5 Huge Stories Made News Across the World

The world has been gripped by World Cup fever — even sweeping the United States, stereotypically associated with a disdain for the beautiful game.

But as all eyes and cameras are on the World Cup, tragedies rage on across the world. Here are a few major stories you've probably missed while watching the World Cup:

Kerry met with the country's government on Monday, which has now agreed to form a new government by July 1. The U.S. is eager for a political solution to the country's turmoil, but Iraq's Prime Minister, Nouri al-Maliki, is pushing the U.S. for military action.

Over the weekend, a court in Minya confirmed death sentences for 183 members of the Muslim Brotherhood, including the group's leader, Mohamed al-Badie, for allegedly attacking a police station in mid-August and killing two police officers. The death sentence had been recommended for 683 members of the group in April by the judge presiding over the case, according to Human Rights Watch.

On Monday, three Al-Jazeera journalists were given seven-year jail sentences, and protesters were arrested in Cairo after defying a repressive protest law passed in November last year.

Even though it looks like the repression that led the U.S. to freeze its aid to Egypt is still alive and well, Kerry announced today that the U.S. would resume its aid.

Over the weekend, Israel's crackdown on the West Bank intensified, as the military continued its search for three missing Israeli teenagers, who first disappeared on June 12. It's the largest military operation since the Second Intifada.

Approximately 50,000 people took to the streets of central London on June 21 to protest the coalition government's austerity measures. The protesters were joined by comedian Russell Brand, who called on the crowd to join a “peaceful, effortless, joyful revolution.”

Austerity in the U.K. has meant an ever-widening gap between the rich and poor, according to Oxfam. The group reports that half a million people in the country now rely on food handouts to survive — while the 1,000 richest people has seen their income increase by £138 billion between 2009 and 2013.

Since March, eastern Ukraine has been the site of a tense face-off between Russia and Ukraine.

On Friday, it looked like the situation began to cool off when Ukraine's newly elected president, Petro Poroshenko, called for a ceasefire from pro-Kiev forces, a sentiment now echoed by Russian President Vladimir Putin.

But tensions remain high on the ground: On Saturday, pro-Russian separatists wounded three Ukrainian border officers during an attack.