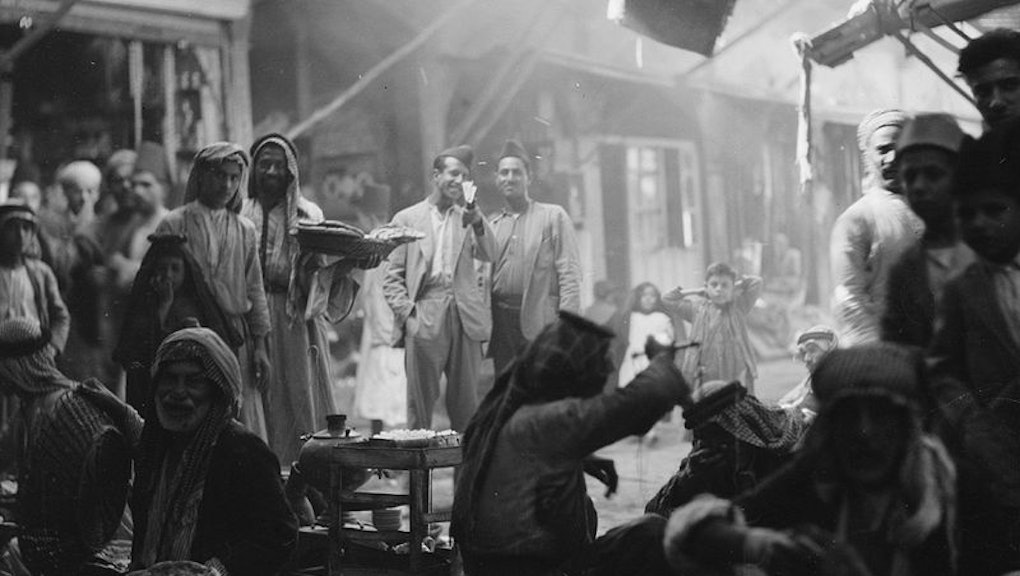 Iraq was once peaceful, believe it or not. Despite Iraq's long history of violence, there were actually calmer times.

Relative peace covered most of Iraq for a few decades after it gained independence from British rule. The Iraq of the 1950s and 1960s had a more collected manner, albeit with limited violence.

Of course, it wasn't a time without troubles: In the 1950's, Jews were being expelled in the north and the decade's turbulence served as a building up of two upcoming coups.

And a terrorist group, the Islamic State of Iraq and the Levant (ISIL), came into the country this year, furthering the devastating destruction in a mission to establish an Islamic state.

The last decade of conflict — and prior centuries of violence — in Iraq makes the country look and sound like a constant war zone. For example, nearly 800 people were killed last month with 315 killed in the capital city of Baghdad alone.

However, photos from the past present Iraq's better times. These images prove there's more to the country than the violence embedded in Iraqi history. The people of Iraq and onlookers from around the world deserve a look back on the country's more peaceful times:

"Smothered in history, it is yet another place where the past never dies and isn't even past. And that past goes back to the beginning of civilization," Michael Goldfarb wrote on his time in Mosul.

Mosul is a highly attractive city within the Nineveh province that has a vast supply of oil. The city used to be largely known for its diverse population, hosting people ranging from Arabs, to Kurds, Christians, Turkmen and Jews.

Bordeing the autonomous independent region of Kurdistan in Iraq, just southeast of Mosul is a comparable city also known for its oil fields: Kirkuk.

Kirkuk likewise has disputed relevance to Kurds. It has been under Iraqi governmental control, but the Kurd population has insisted the city belongs to their community.

The beautifully diverse population of Mosul sadly posed an issue for the region and all of Iraq throughout its history.

However small, a majority of Jews residing in Mosul went on an exodus to Israel from 1950 to 1955. Later Saddam Hussein's dictatorship, from the 1970s to 2003, tried to "Arabize" the diverse city with massive forced displacement and deadly persecution.

"Iraq is a failed state because it was unable to meet the diverse needs of a diverse people. Maybe it's not possible to keep it all together and Mosul could be where it starts to unravel," Mike Amitay of the Washington Kurdish Institute said.

In the peaceful past, Baghdad was a bustling and growing city. The country was known as "a main junction linking the East and the West," with a beautiful and expanding flourishing culture.

A colorful video from the 1950s shows how the capital once was, and how it represented the country's possible future. The video presents how the city stood and lived before the waves of violence, terrorism and conflict.

South of Baghdad is Karbala, a teeming metropolis with a deep-seated religious history. For Shia Muslims, it reaches importance comparable to other holy sites, such as Mecca and Medina in Saudi Arabia. In this particular photo, worshippers are seen outside of the Husayn Mosque.

The beautiful and long-standing mosques are what make the city special. The main mosque and its complex is known to be right where the Battle of Karbala occurred in the year 680. Prophet Muhammad's grandson Hussein and 72 other members of the family were killed in a slaughtering because of their attempted revolt against a caliph, and now "the shrine represents the greatest tribute to martyrdom."

As Karbala settled into a calm in the 1950's and 1960's, Karbala eventually faced violent experiences with its famed Shia shrines. The mosques were hit in the 90's as part of a revolt against Saddam Hussein. Another battle of Karbala occurred in the U.S. invasion of Iraq as well.

These photos show a more composed Baghdad. However, the 1950s and 1960s presented some trouble in the government centers of Iraq.

The British-instilled Iraqi monarchy was toppled by way of a military coup in 1958. Then the Republic of Iraq was overthrown yet again in 1968 in a coup in support of the Baathist Party that was also backed by the army.

Located at the tip of Iraq, with Iran to the east and Kuwait to the south, is the ever vibrant city of Basra. Both the Euphrates and Tigris Rivers also meet just north of Basra and lead right into the Persian Gulf. Because of its location, Iraqis call it "Thagher el-Iraq," translating into "Iraq's mouth."

The region flourished as the University of Basrah was founded in 1964. The atmosphere of the city once compelled people to call it "Venice of the East." Sadly, its peace was squashed later as the country dealt with national violence in the 90's and beyond.

Even leading up to the peaceful years of the 1950s and 1960s, violence wasn't a new concept for Baghdadis.

Iraqi history author Justin Marozzi said divisive Sunni and Shia conflict hit the capital city as early as the year 762. It began "a pattern of bloodshed that can be traced across the centuries." Little did they know that it would sadly continue from there on out.