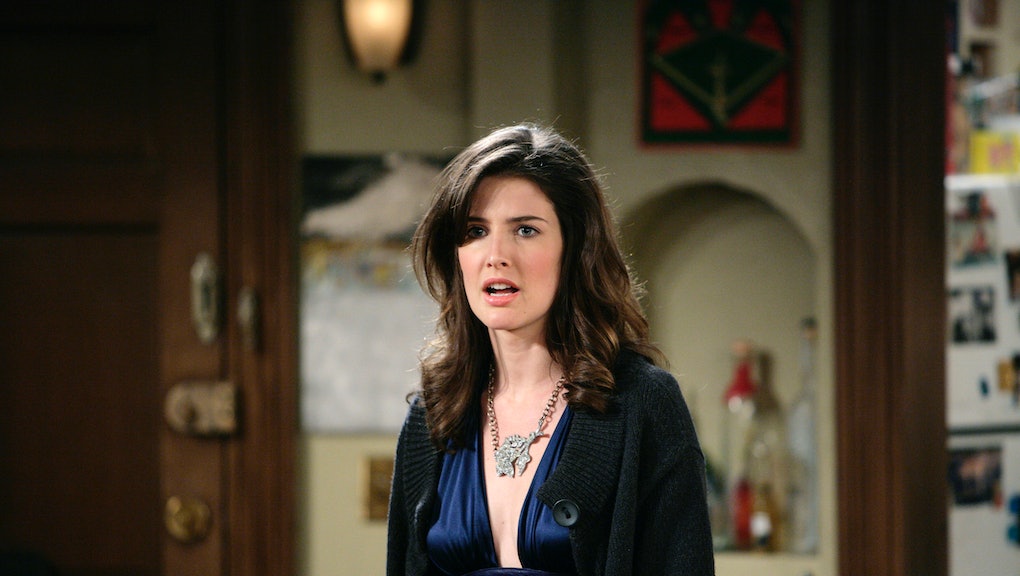 According to a new study, watching sitcoms may actually make you more cynical about love.

Researchers at the University of Michigan published a new study examining the link between a viewer's television habits and the beliefs that viewer has about romance.

Surveying a pool of 625 undergraduate students about different types of media — including 93 "romantically themed and sub-themed" films, 17 sitcoms (like How I Met Your Mother or The Big Bang Theory) and four marriage-themed reality TV shows (like The Bachelor or Millionaire Matchmaker) — the researchers made some pretty interesting connections about viewership and romance.

After participants were asked about their viewing habits they were then asked about their ideas on love. The survey broke romance down into four perspectives to measure four different romantic beliefs: 1. People who think "love finds a way" (i.e. two people who love each other can overcome any differences or problems); 2. People who believe in a "one and only" (i.e. a person only experiences true love once in their lives); 3. People who subscribe to "idealization" (i.e. a relationship with someone who is someone's "true love" will be perfect) and; 4. People who believe in "love at first sight" (i.e. someone can fall in love with another person almost immediately).

According to the study, the matches found between a person's romantic principals and their television preferences break down in pretty logical ways. Sitcoms get into the nitty-gritty of daily love (the dirty underwear, the petty fights), while romantic movies and reality TV shows often focus on the drama of partner selection and revolve around one central conflict to solve. The study found people who watch romantic movies tend to believe more strongly in over-the-top romantic ideals, while sitcom watchers were noticeably more cynical.

The researchers' data show a number of other interesting correlations:

Those who watch more romantic-themed movies endorse "love finds a way" more strongly. And in romantic movies, it almost always does.

Those who watch marriage-themed reality TV shows tend to believe more in "love at first sight" and "idealization," a pretty solid premise for a reality romance.

Sitcom watchers are cynical, but they especially tend to dislike the idea of "idealization" or "one and only." Again, sitcoms deal with the daily dirt.

Of course, there are caveats to the research, namely the question of whether romantic preference dictates the viewing habits or the other way around.

If exposure to this kind of media does in fact influence your beliefs, some intriguing implications could arise. For example, people who endorsed romantic ideals across the board tended to have higher reported levels of love for their current partners. Romantic idealism also helped, studies have said, in initiating partnerships. However, there seems to be little or no relationship between endorsing romantic ideals and relationship longevity or how well a long-term relationship functions.

Does this mean that sitcom watchers are cynics but better people? Or that romantics might enjoy their love more, but at the cost of equality? Not necessarily. Additional research is needed to more directly link media watching with romantic success and to determine which comes first, the romance or the romantic ideals.

The results in the University of Michigan study are interesting but modest in their implications. Be sure to read the original and put your thinking cap on. Remember that correlation is not causation, that one study does not constitute a trend and that analyzing college students does not necessarily map to the general population.

And maybe turn off The Notebook while you read up.