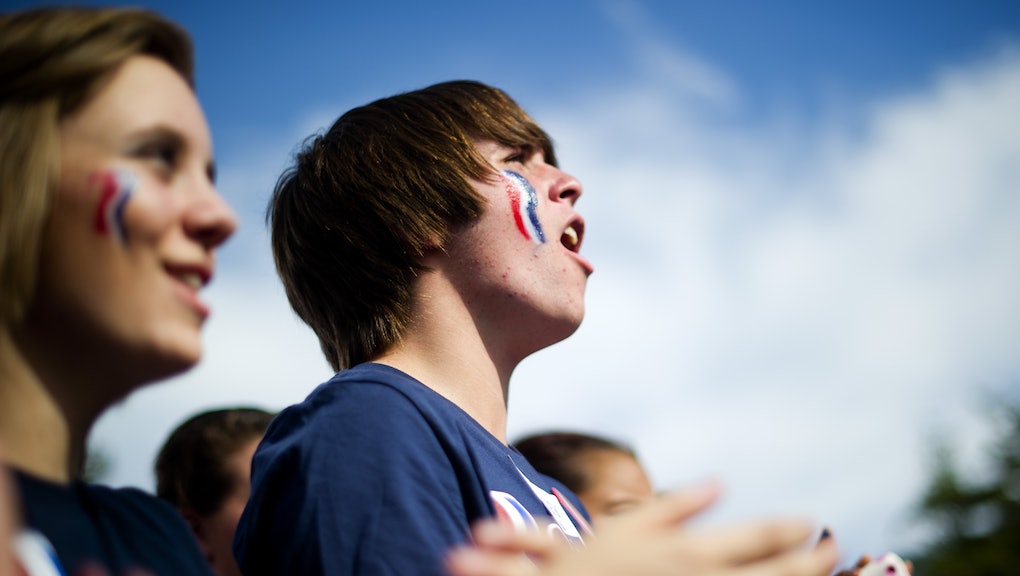 Republicans have a youth problem, right? One segment of Millennials might turn out for the GOP — if the party can figure out how to reach them.

They're called "young outsiders," according to a Pew report released Thursday, and they're not exactly your typical conservatives. They tend to believe that global warming is a problem, that marijuana should be legal, that "illegal" immigrants should have a path back to citizenship and that gay marriage is all right.

The good news for Republicans is their deep distrust in government. Most favor a limited government, while 76% say the government "can't afford to help the needy." They don't trust business regulation (except in some environmental cases) and strongly disapprove of Obamacare. Oh yeah — and they tended to favor Mitt Romney in 2012.

Need for a change: In order to bring these voters into the fold, the GOP may have to change some of its core stances. The young outsiders aren't fans of big business any more than big government — they think too much power lies with too few corporations and think Wall Street hurts more than it helps — which, along with their views on social issues, seems to give them more of a libertarian bent.

Some in the party have recognized this. Last year, after Republicans were blown out of the water by youth and minority voters in the 2012 elections, the College Republican National Committee put together a report on how to make the Grand Old Party young again. They found a core image problem. When it came to word association, "the responses were brutal: closed-minded, racist, rigid, old-fashioned."

The College Republicans recommended a few policy shifts, including being more open-minded about gay marriage and better outreach to Latino voters. Another remedy was reining in the crazier individuals whose quotes about race and gender and other issues tend to end up plastered on the news.

Will it work? You could say the Republican Party is at a crossroads, but it seems like they've been "at a crossroads" since 2008. The current battle is between establishment Republicans and the Tea Party wing, exemplified both by House Majority Leader Eric Cantor losing a Virginia primary to a nationally little-known conservative professor and by longtime Mississippi Sen. Thad Cochran eking out a victory over the more conservative Chris McDaniel.

Neither side, however, falls exactly in line with this anti-big business, anti-Obamacare, pro-environment, pro-amnesty youth segment. To complicate matters, only 39% have a favorable view of the Republican Party, compared to 34% for the Democratic Party.

That doesn't mean they're likely to switch to the left, though. More likely, given their distaste for party politics, many young outsiders will simply go third party or stay home from the polls. Unless, of course, Republicans give them a reason to rally.