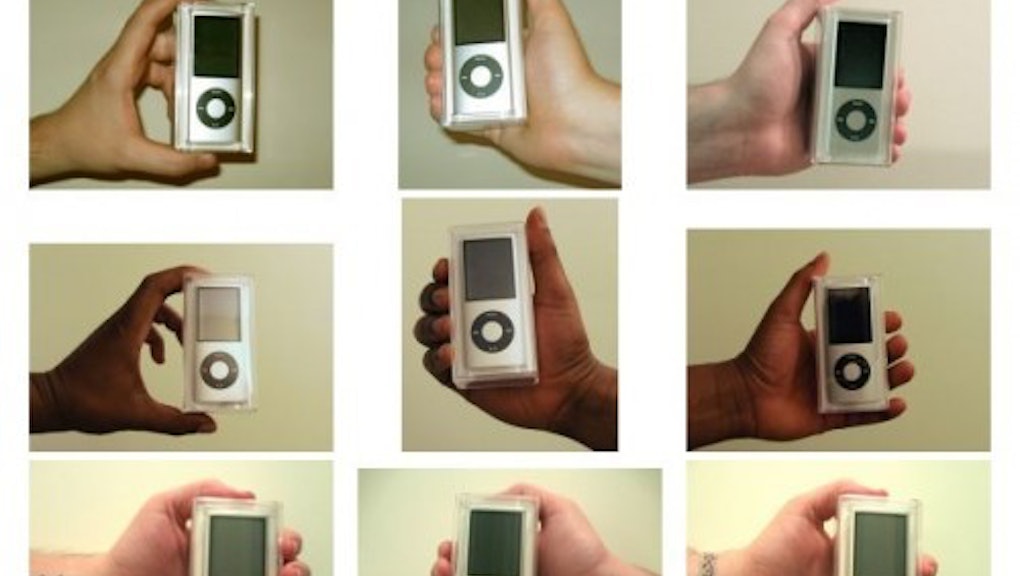 If you're black, no one wants to buy anything from you. That's more or less the grim conclusion of a study published in the Economic Journal of the Royal Economic Society.

The study: Researchers posted fake ads for used iPods on a popular online classified advertising service with local branches in "approximately 300 geographical markets" (read: Craigslist). The posts included photo attachments of the iPod in question. The only difference between the posts was the skin color of the person holding the device.

Some hands were white or light skinned, others were black or dark skinned and in another set, white men with tattoos held the product. The researchers wanted to find out how different the responses to the ads would be based on the perceived race of the person behind the posting.

On average, black sellers received 13% fewer responses and 17% fewer offers. When they did get offers, they were worse — about $3.56 lower per proposition than whites' median offers.

Even more disturbingly is that many potential buyers seemed wary of the black posters. An ad featuring a black hand got 17% fewer emails, while 44% fewer respondents were willing to accept delivery by mail. The respondants were also 56% more likely to express some skepticism about paying long-distance. Black sellers did particularly badly in the northeast and in racially isolated or high-crime areas.

That said, men with tattoos — who served as what the authors called a "'suspicious' white control group" — experienced similar rates of discrimination. Both groups received slightly less politely worded emails, though that variable wasn't statistically significant.

Racism — despite public opinion that it's waning — is not. At all. And while Americans of all stripes and ideologies insist they don't harbor racist beliefs, social scientists have been demonstrating biased outcomes like these for decades. Equally qualified black applicants, for example, find it harder to get a job. Minorities and women don't hear back from professors as often as white males. A study in 2009 found that people who try not to be racist in their personal lives still harbor unconscious prejudices that prevent them from confronting racist behavior or getting upset when confronted with it. Some white people even see racism as a zero-sum game that they are now losing.

There's ample evidence everywhere you look. This video from the folks at Simple Misfits seems to suggest that white men can get away with attempting to break into a car in public, while a black man doing the same action instantly attracts the attention of bystanders and authorities.

Pretending racism doesn't exist is a major obstacle to social progress. So the next time someone claims racism is dead, you can point to countless studies and experiments to let them know that it's not.