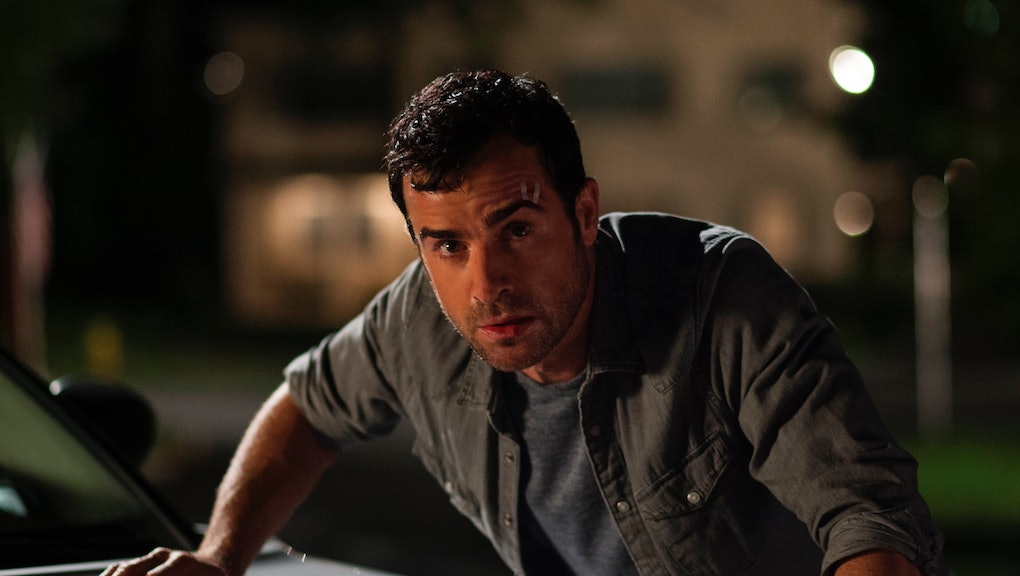 'The Leftovers' Is the Most Disappointing Show of the Summer

The premise for The Leftovers is dynamite.

Three years ago, on Oct. 14, 2% of the world’s population suddenly vanished. As for who disappeared and who remained there is no rhyme or reason. This pseudo-Rapture took babies, criminals, doctors, lawyers, celebrities and children: 1 in every 50 people suddenly and simultaneously vanished. The show follows those left behind as they continue on with life by going to work, going to school, playing sports, getting drunk, having sex. What other choice is there?

The show is a grounded look at a spookily recognizable post-apocalyptic world. There are no zombies, no reaping, no abandoned cities or AI-led insurgency. Based on the novel of the same name by the talented Tom Perrotta (Election, Little Children), the HBO adaptation is one of the most anticipated new releases of the summer, particularly for those looking to fill True Detective and Game of Thrones shaped holes in their lives. But the reality is, The Leftovers won't fill the void — no matter how hard we wish for it to. At least for now, the series feels like the television version of a rebound.

The anchor of the show is the Garvey family. Police Chief Kevin Garvey (Justin Theroux) struggles to maintain control over his splintered family and angry town. His wife has left, his son has too and his teenage daughter is furious with life in a surly, silent way. His professional mission is to hold his town of Mapleton together, which, just like every single other town on Earth, is struggling through the pain of not knowing what happened to the disappeared or why. To add insult to injury, in the wake of the disappearances, a deep societal schism has formed thanks to the emergence of an all-white-wearing, chain smoking, vow of silence taking cult who call themselves the Guilty Remnants. In sum, the setting is bleak. Relentlessly so.

Where the show fails, at least in its early stages, is in its pull. The mood is right, the cast is compelling, the concept is killer, but there is an incoherence to the all-consuming pain. There is something captivating, haunting and even infatuating about a show that takes on global heartbreak at this scale, but it feels vaguely manipulative. Babies lost with mothers left screaming, family picture frames shattered by angry fists, dogs shot in the streets, and the kind of gutteral and heartbreaking teenage discontent to make any viewer squirm. Every frame is an exercise in pain, either physical or emotional, and it is exhausting. With a show so far built on concept and plot, rather than character, that pain is also blunt and indiscriminate. Other than pain for pain's sake, the show's task at this point is to make clear why we should care enough to put ourselves through it.

There is an added frustrating element of confusion, at least for those who didn't read the book. Information is parsed out too slowly to make sense, with legitimate character and plot questions cropping up so fast that the early episodes are at times indecipherable. Ambiguity would be fine with more clues or a promise of resolution (as in the mystery set up of True Detective), but here, neither is given.

Tacked on to that issue of confusion is an issue of trust. One of The Leftovers creators is Damon Lindelof, a creator of Lost. For many fans who gave six seasons of devotion to Lost only to be disappointed by the unsolved loose ends and maddening finale, the ambiguity of The Leftovers may be a tough and far-too-recognizable pill to swallow. We've been down this dark jungle path before.

In Stephen King's New York Times review of the novel he wrote, "The Leftovers is, simply put, the best Twilight Zone episode you never saw — not The Monsters Are Due on Maple Street, but The Monsters Are Us in Mapleton." King's sentiment is what you want the series to be and there is hope yet for the The Leftovers to get to that place of eerie, reflective, enduring television power. But, there is the equally possible threat that it just won't. And with so many other satisfying stories to catch up on, who has the television-watching time to risk all that?