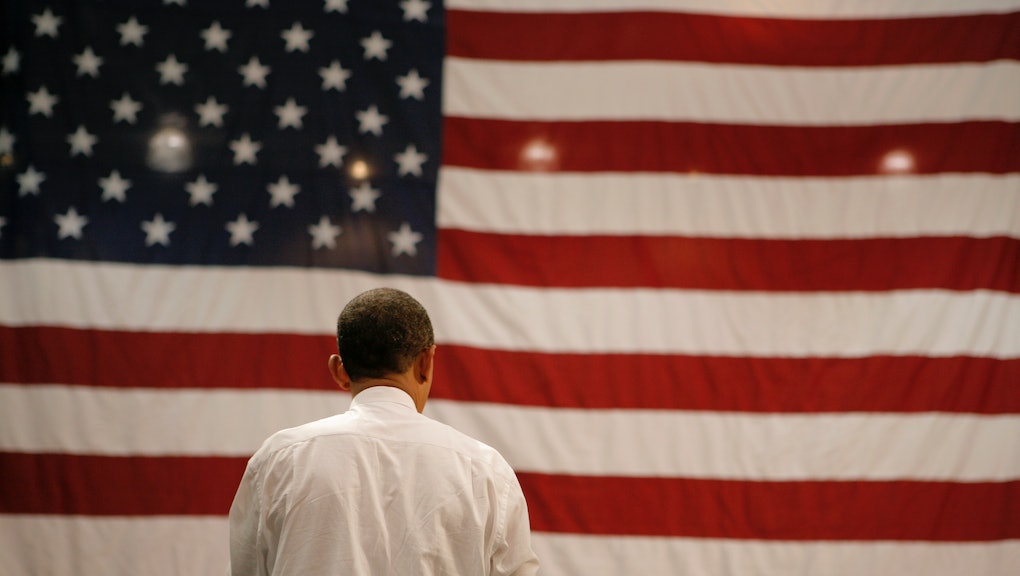 Good news, America: We can stop complaining about racial discrimination.

According to the Pew Research Center, 63% of Americans believe that black people who "can't get ahead" in life "are mostly responsible for their own condition."

This means the 28.1% poverty and 13.4% unemployment rates they face, not to mention staggering incarceration figures and a crippling wage gap, can be blamed primarily on their own cultural shortcomings — laziness, poor decision-making and generally having melanin.

Except, it's not: The study was part of a broad attempt to capture Americans' changing political attitudes in the 21st century, so its findings on race are just part of the picture. More generally, researchers determined that we're divided into eight political "typologies," determined by our tendency to support or oppose certain issues:

The idea was to give political parties a "field guide" on how attract a wider range of voters.

But: The major takeaway was how strikingly oblivious we are when it comes to race.

Despite the persistence of countless inequalities, most people still believe that all changes necessary to give blacks equal rights with whites have already been made. They also deny racial discrimination is the main reason many black Americans "can't get ahead today." Though eight-in-10 members of "Republican-oriented" groups concur with these positions, they're certainly not alone: Only 28% of the youngest left-leaning group thinks more needs to be done to combat racial inequality.

Highly discouraging: These sentiments also reflect America's absurd tendency to blame victims for their victimhood. When Rep. Paul Ryan (R-Wisc.) claimed poor black men face high unemployment rates due to a "culture problem" in March, he sparked a nationwide conversation around this very topic. He drew the ire of the left, but it's hard to see why: As Ta-Nehisi Coates later pointed out, the same flawed rhetoric has been spouted by President Obama himself.

The idea that black people are somehow failing to take personal responsibility and "not holding up their end of the bargain" ignores one fundamental fact: Nothing in real life supports it.

It's not as if people aren't trying, or current achievement gaps are rooted in past injustices they simply need to "get over." The problem is, black Americans have never lived outside the purview of white supremacy. From slavery to Jim Crow to housing and job discrimination to the War on Drugs, black people have always faced active and violent opposition to their every attempt at social progress. As such, racism and discrimination aren't relics of a bygone era. They define the majority of our institutions.

Finally: It's troubling that so many ignore this fact, and continue living their lives like post-racial America is any more real than Santa Claus or the Tooth Fairy. This is why it's still so difficult to have informed conversations about race today.