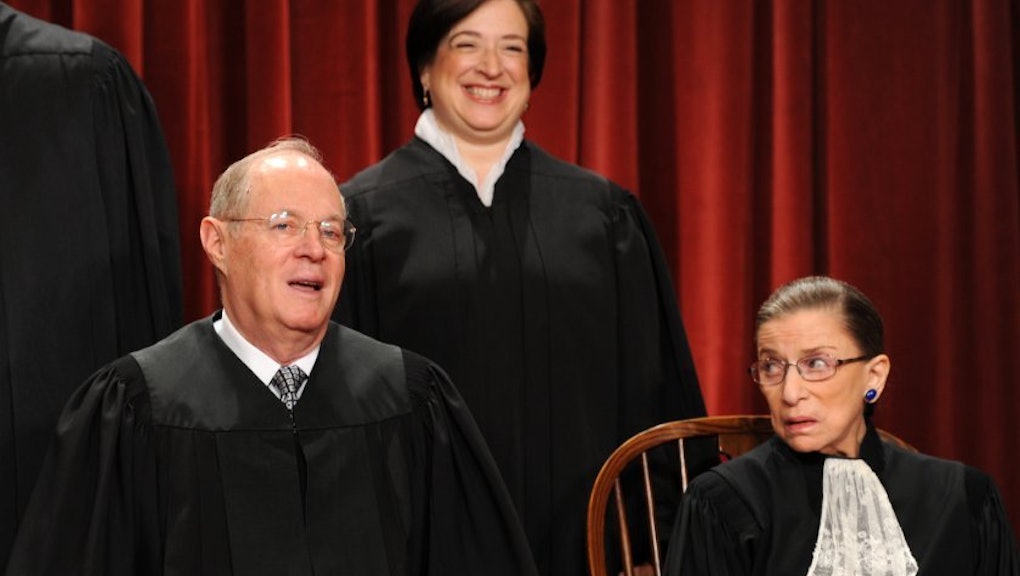 In the case of Burwell v. Hobby Lobby, the Supreme Court ruled that privately owned for-profit corporations like Hobby Lobby and Conestoga Woods can refuse to cover birth control in their company's insurance plans because of religiously objections. More specifically, the owners of Hobby Lobby believe that certain forms of birth control cause abortion (news flash: they don't, actually contraception prevents abortions). Apparently, your religious beliefs don't need to be factual, they just need to be approved by a bunch of conservative men on the Supreme Court.

I'm no lawyer, but I've never seen a corporation get married, pray or take tacky wedding pictures. Apparently, though, they have a religion that they can impose on you. Welcome to 2014, the year where we weaponized the First Amendment and used it to crush all the (slight) advances we've made over the course of the last decade.

Despite all of the female justices being birth control warriors and standing together against Hobby Lobby's quest to squash the contraception mandate, one of them stood out. Ruth Bader Ginsberg, more formally known as Notorious R.B.G, wrote a scathing dissent and called the case "a decision of startling breadth." In the 19-page document, she warns "the exemption sought by Hobby Lobby and Conestoga would … deny legions of women who do not hold their employers' beliefs access to contraceptive coverage," and that "the court, I fear, has ventured into a minefield."

Clearly, Bader Ginsberg has a serious problem with this decision, but this isn't the only time she's clashed with SCOTUS' male majority. We can only imagine what it must be like to sit on that court. Here are some candid photos hitting at what that must feel like.