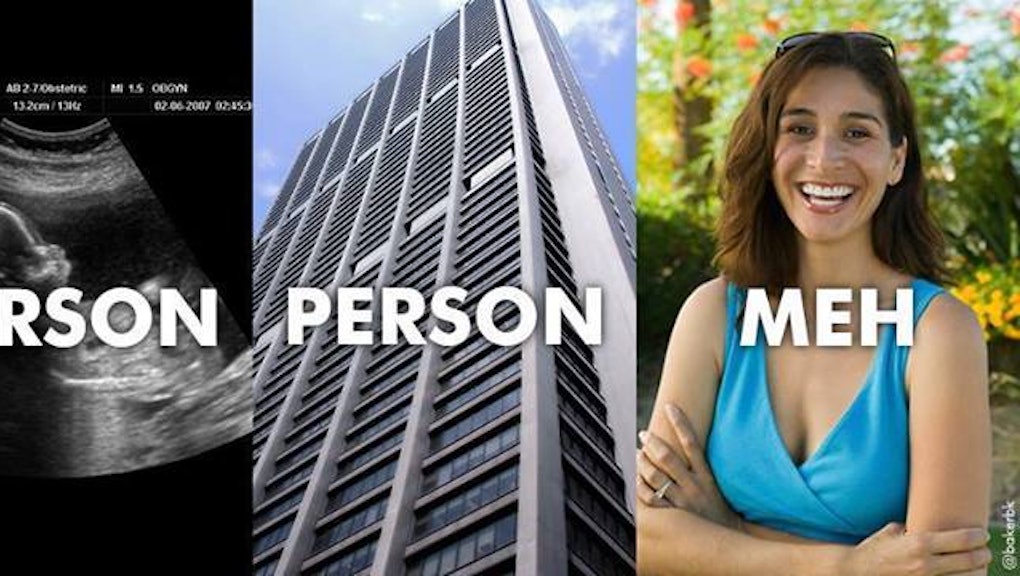 A meme that's been circulating around the Internet this week sums up how many people feel after a series of Supreme Court rulings that expanded the rights of corporations to deny birth control coverage to their employees and protesters to approach women at abortion clinics.

The Supreme Court ruled on Monday that employers could cite religious objections to deny birth control coverage mandated under Obamacare to their employees, and some 46 employers seem ready to follow suit. The ruling followed another on Thursday that struck down a law preventing anti-abortion protesters from entering a 35-foot "buffer zone" around abortion clinics. Both rulings are extremely unpopular among feminists and pro-choice activists who feel under assault by the court's decisions.

In particular, the idea that a woman's right to control her own reproductive system is trumped by both pro-life protesters who bully women seeking abortions and the ideological beliefs of corporations is really striking a nerve.

John Oliver tore the second ruling a new one on Sunday, when he argued, "If you really want to be treated like a person, corporations, then guess what? Paying for things you don't like is what it feels like to be one."

In the case of the buffer zone law, SCOTUSblog writes that the ruling was relatively narrow, saying that while states can pass laws to protect abortion clinics, they cannot pass laws that prohibit speech on public sidewalks. Likewise, the Hobby Lobby ruling was supposedly rather narrow, affecting just "closely held" businesses in which 50% or more of the outstanding stock value is held by five or fewer people.

But the supposedly narrow aspect of these rulings will still have a major impact on women across the country. Massachusetts' buffer zone law, for example, erodes abortion clinic protections at the same time anti-abortion laws are surging. The Wall Street Journal notes that the definition of a closely held company will be hotly contested in the courts. And most U.S. firms actually are closely held, employing a majority of the American workforce.

The Supreme Court is now significantly more conservative than it was 14 years ago at the start of the Bush administration, and social conservatives have made significant progress with introducing restrictions on abortion over the same amount of time.

As might be expected, the ones pushing these restrictions are mostly conservative males.

Not a single female justice sided with the all-male conservative wing of the court on the Hobby Lobby decision. So women might be excused for feeling under assault by recent decisions from the nation's highest court.