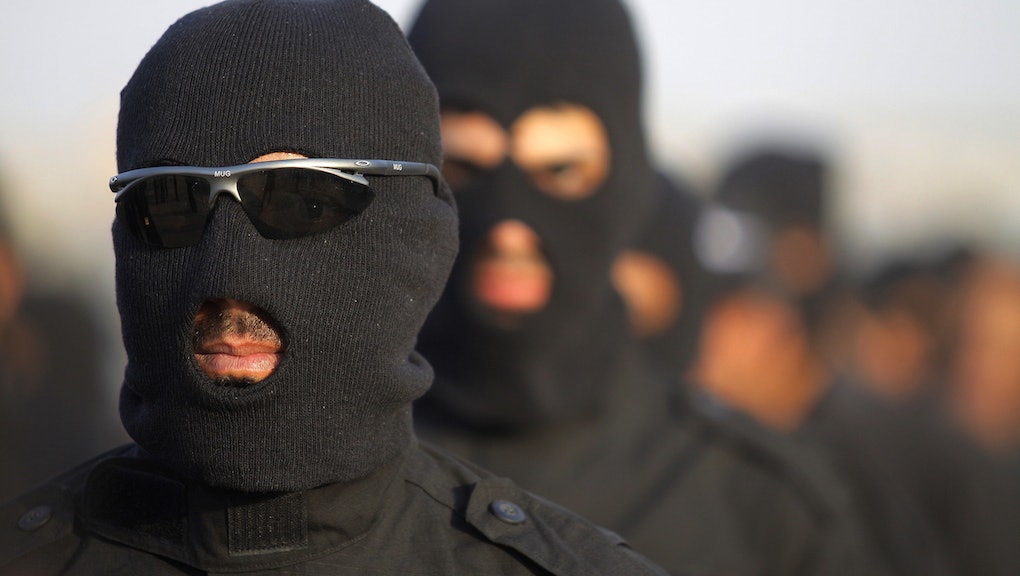 In a new report from the Pew Research Center you have to read to believe, it has suddenly become clear that Muslims are just as worried about terrorism as everyone else. Here's how the Post summarized the study.

It's almost unthinkable that Muslims around the world share the basic human fear of being indiscriminately blown to pieces, kidnapped or shot to death in the street — especially considering two-thirds of conservatives think Islam is "at odds with American values." But apparently, Muslims are human beings, too.

In other news, water is wet.

More: The Post's report is based on a Pew Global Attitudes Project study, which charts a steep rise in "concern about Islamic extremism" in "countries with substantial Muslim populations." The survey includes respondents from large swaths of Asia, Africa and the Middle East:

Important shifts have taken place in these areas over the past year, with groups like Boko Haram in Nigeria and ISIL in Iraq committing high-profile acts of violence at home. The backlash against such organizations is seen in people's unfavorable attitudes toward them:

Duh: While it's incredibly depressing that a claim like "Muslims hate terrorism, too" needs to be made today, it also speaks to a widespread ignorance concerning Islam and the persistent efforts of politicians, law enforcement and media commentators to conflate an entire religion and its adherents with terrorism and violence.

Examples: Drop everything and turn on Fox News, and you're likely to see this sort of thinking on display right now. But one of the more memorable instances was the "controversy" around Park51, a mosque and interfaith center in Lower Manhattan in New York City. When construction plans were announced in 2009, conservative groups were outraged, calling it "a gross insult to the memory of those who were killed" in the 9/11 World Trade Center attacks, which took place down the street.

But these political zealots willfully ignored something painfully obvious: 9/11 had everything to do with extremism and nothing to do with ordinary individuals peacefully practicing their religion.

Tell that to the NYPD: It's especially upsetting when such ignorant attitudes are enshrined in our institutional practices.

Between 2003 and 2014, New York City law enforcement ran an entire unit dedicated to infiltrating, documenting and spying on Muslim community centers, stores and student groups in the tri-state area. Not only was it a blatant case of racial profiling, it was utterly ineffectual: Not a single lead, clue or arrest stemmed from the unit's investigations in the entirety of its existence.

All we got were these boring photos:

Your tax dollars at work, ladies and gentlemen.

So: The Post and Pew reports exist ostensibly to remind people that Muslims are people, too. That much of our media and foreign policy decisions have taught us any differently should elicit incredible shame and dedicated soul-searching. But despite their mind-numbing obviousness, the findings hold a lesson worth repeating:

People are people, wherever you go. Conduct yourselves accordingly.