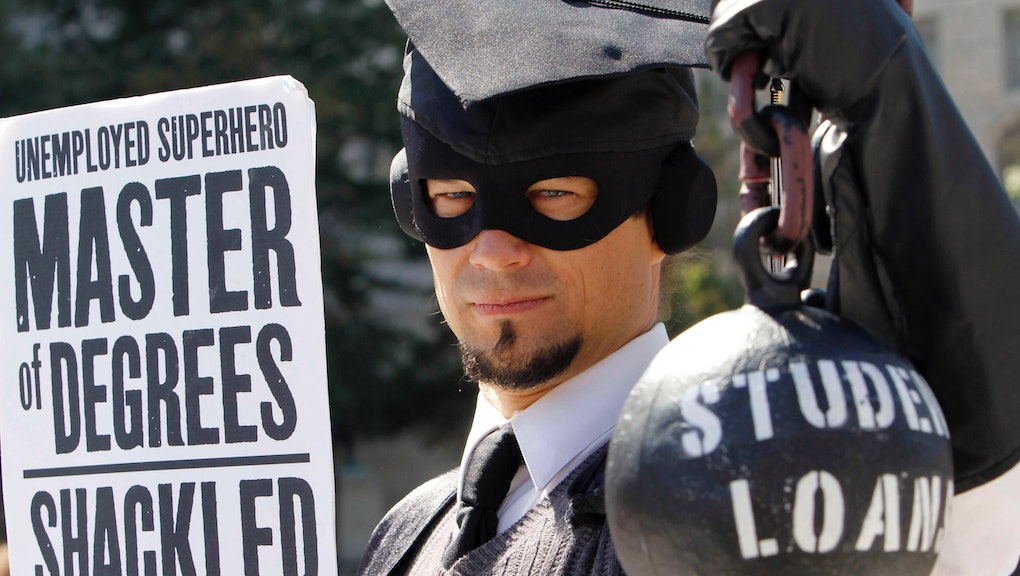 Student loan rates quietly went up on Tuesday, and on one’s talking about it.

That’s because the increase was expected and essentially endorsed by the government; loan interest rates are pegged to market rates for what borrowers might pay for other loans. Thus, undergraduate loans will have a 4.66% interest rate, up from 3.86% last year, according to Vox. Graduate Stafford loan rates will jump up to 6.21% from 5.41% last year.

It won’t stop this year, either. Rates are set to increase every year for at least the next five years, with undergraduate loan rates rising to about 7% by the 2018 school year.

Part of the plan: The decision to tie student loan rates to the market was made by Congress in a big compromise last year. It garnered unanimous support from Senate Republicans, but split Democrats, 17 of whom voted no.

One of those no voters was Elizabeth Warren, who has championed her own student loan reforms. She successfully championed a bill last year that lowered the standard undergraduate loan rate from 6.8% to 3.86%; a bill this year that would apply that interest rate to any loans taken out before the change took effect was shot down.

Former students in America currently hold more than a trillion dollars in loan debt. Thanks to tying loan rates to the market, the federal government stands to make nearly $20 billion over the next 10 years.

Are there any alternatives? Warren and allies have proposed a limit to the loan rates — undergraduate and graduate loans would be capped at 6.8%. In order to pay for the lost revenue, though, they included a 0.55% tax increase on Americans making more than $1 million a year. You can imagine how that went over with Republicans in Congress.

While Congress is still working on reforming student loans, including lessening the burden of loan debt and holding for-profit colleges more accountable for their costs and results, interest rate changes seem to be off the table. Other reforms may help, but passing in this Congress is nowhere near a sure thing.

While lawmakers debate reforms, experts worry about the increasing loan rates in their effects — not just on students, but on the economy as a whole. After all, loan debt means less spending on things like cars, homes and other goods and services. Maybe if Congress can do its job for student debt holders, they can return the favor with a shopping spree once everything's paid off.