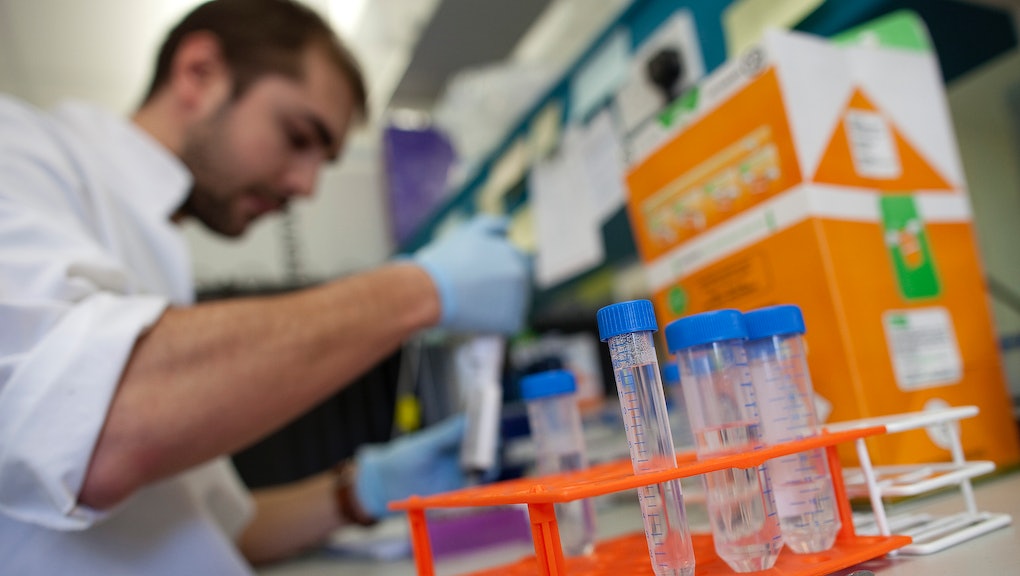 There's a Big Problem With Science, Engineering, and Technology Jobs in the U.S.

Google isn't the only company with a diversity problem.

The problem isn't that women and people of color are being told they can't make it through the years of school to be a software developer or aerospace engineer. It's worse: Even those who earn a Ph.D. in STEM fields don't go on to land jobs in those areas.

Compared with the 16% of men don't pursue jobs in the science and tech sector even after earning a Ph.D. in the field, 19% of similarly classified women don't. The numbers are worse for blacks — 21% of whom don't go on to STEM jobs after getting the highest degrees in the area (compared with 17% of white Ph.D. earners).

The findings, which come from a new study from the American Institutes for Research, were built on decades of research detailing our national failure to make the people who do our most critical jobs representative of the country they sustain.

"This is a huge problem and we have to start thinking about what we can do about it," Lori Turk-Bicakci, the study's lead researcher, told Mic.

Although women make up half the workforce, for example, they represent just 26% of STEM  jobs. At Google, for example, just 17% of the tech jobs are done by women; blacks represent an abysmal 1% of these careers.

The problem is just as bad nationally: Of all of our scientists and engineers, more than half are white men. About 18% are white women. Just 3% are black men. And 2% are black women.

Over the past decade, people of color have made great strides in getting an education in STEM fields. But while the areas of psychology, sociology and computer science are beginning to diversify, people who earn their degrees in engineering, biology, earth science and math still look largely as they did in the 1990s.

Despite the efforts of organizations like Black Girls Code, women and people of color are still severely underrepresented in the science, math and technology spheres. And while many more are studying those fields than they were two decades ago, the majority aren't making it to life-lasting careers.

It's no doubt that STEM jobs are more diverse today than they were 50 years ago. But we still have a long way to go.