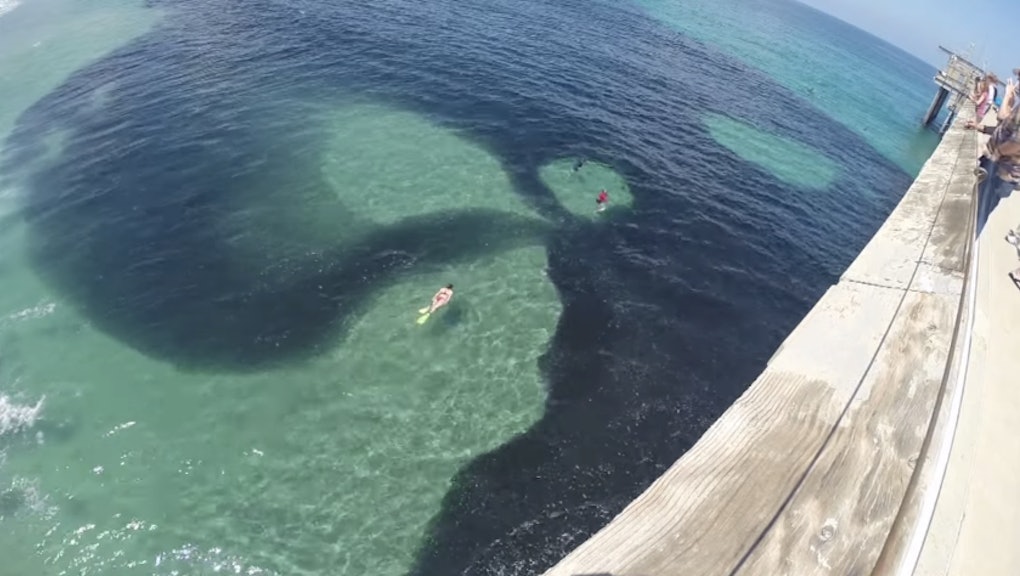 The news: A group of graduate students have taken stunning video of the biggest school of anchovies seen in decades. According to marine biologists, 30 years have passed since the last sighting of a school this big, and they're not entirely sure why it's happening now off the coast of San Diego, Calif.

What am I looking at? The swarm measured an astonishing 50 by 330 feet and extended from a beach pier far out into the waters. Several leopard sharks were also spotted feeding on the fish (in case you're worried about the safety of the swimmers, they're totally harmless). In total, the school may have measured anywhere from 1 million to 100 million individuals.

"It's like a black cloud of fish and you stick your hand out and it's like a force field the way they all swim away from you," Punahou High School graduate and Scripps Research Institute student Julia Fieldler, who helped shoot the video, told Hawaii News Now. "It's kind of fun swimming into the middle of them. You don't exactly know when you're going to come out on the other side or if they're going to disperse. It was crazy."

Why this, why now? Scripps marine biology professor and curator Phil Hastings told Fox 5 San Diego that he had no explanation for the unusually sized flock. "I don't think we'll be able top ferret it out," he said. But he noted that it was "pretty much the warmest water the species has been reported in."

Hmm, warm water? I wonder where that came from?