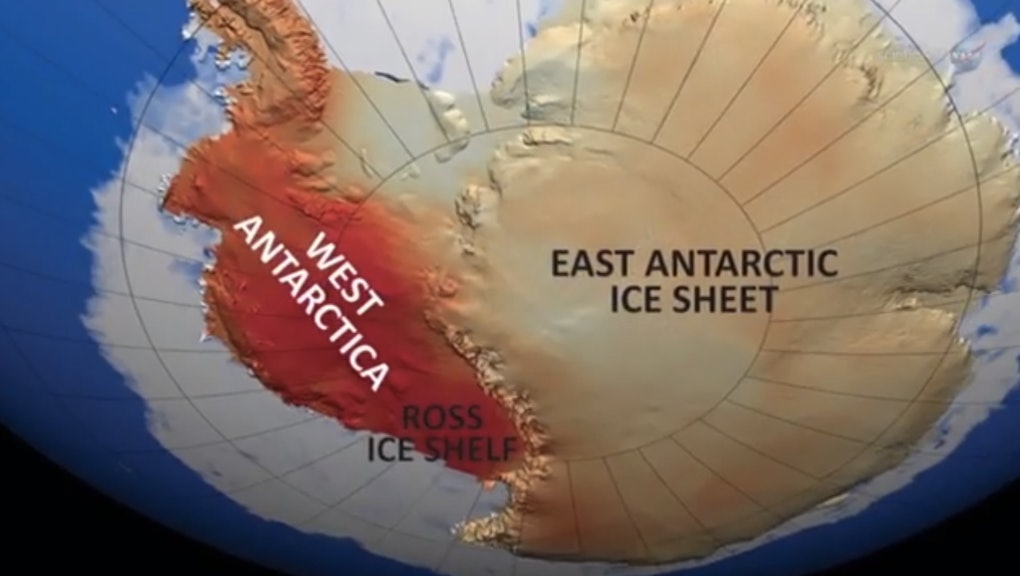 The Worst Case Scenario in Climate Change Is Now Happening

It was fun to pretend climate change wasn't a problem, wasn't it? Now we're facing the stark reality of the situation.

In March, the UN published an extensive report on rising sea levels and the increasing acidification of the oceans. Last week, the White House released a congressionally-mandated report concluding that global warming is very much real and has real consequences for the United States. And now, in the newest, possibly most damning revelation, a joint study by NASA and the University of California, Irvine revealed that large chunks of the Western Antarctic Ice Sheet have already begun to collapse — and there is little we can do to stop it.

What does this mean? The Antarctic ice report foreshadows a likely catastrophic 10-foot rise in global sea levels over the next few centuries.

The onslaught of climate change news has generated responses from everyone, including comedian John Oliver and Republican presidential hopeful Marco Rubio. But while the peanut gallery is filled with countless takes on how to mitigate climate change — or whether climate change is even real — the debate has remained empty without the participation of one of the most influential actors: China.

According to a new study published on Monday by the U.K.'s Center for Climate Change Economics and Policy and the Grantham Research Institute on Climate Change and the Environment, if China does not reduce its coal consumption, it would be "almost impossible" to avoid an increase of 2 degrees Celsius in global temperature.

"The actions China takes in the next decade will be critical for the future of China and the world," the study said. "Whether China moves onto an innovative, sustainable and low-carbon growth path this decade will more or less determine both China's longer-term economic prospects in a natural resource-constrained world … and the world's prospects of cutting greenhouse gas emissions sufficiently to manage the grave risks of climate change."

Why this is important: Nearly every climate change report makes the point that it is impossible to mitigate the effects of global warming without global cooperation — and that requires drastic action on the part of the world's biggest carbon emitter.

According to ThinkProgress, "In 2011, one-fifth of the world's total fossil fuel carbon dioxide emissions came solely from China's coal, and coal was responsible for more than 80% of the country's 8 gigatons of fossil fuel emissions that year."

Additionally, coal consumption is by far the biggest contributor to China's CO2 emissions.

Decreasing China's coal consumption will result in a number of non-obvious benefits. By cleaning the air and increasing the quality of life, China can accelerate its urbanization plans. And as the New York Times reports, "China is increasingly dependent on coal imports to feed its growing demand, so a move away from coal would give the country greater energy security and shield it from global price swings. Reducing coal consumption would also ease water shortages, especially in northern China, because of the great deal of water needed to generate power from coal and also to convert coal into gas."

What can be done? China has been under a ton of pressure to deal with its insane air pollution problem and it looks like its emissions may finally be slowing down. The country is also drafting a comprehensive climate change bill to reform its energy policy. Chinese officials are considering a carbon tax, and by 2040, they want to reduce CO2 output by 40% of 2005's levels.

But that might not be drastic enough. The U.K. study recommends that China "cap its coal consumption by 2020 or sooner and take steps to eliminate its use entirely by 2040 ... by improving efficiency, taxing coal and focusing on alternative energies such as wind and solar." It's a tough recommendation and one that would be incredibly difficult to implement. Still, we have to face the reality that a country's pollution does not exist in a vacuum and no internationally coordinated plan to address climate change will work without China's deepest commitment.