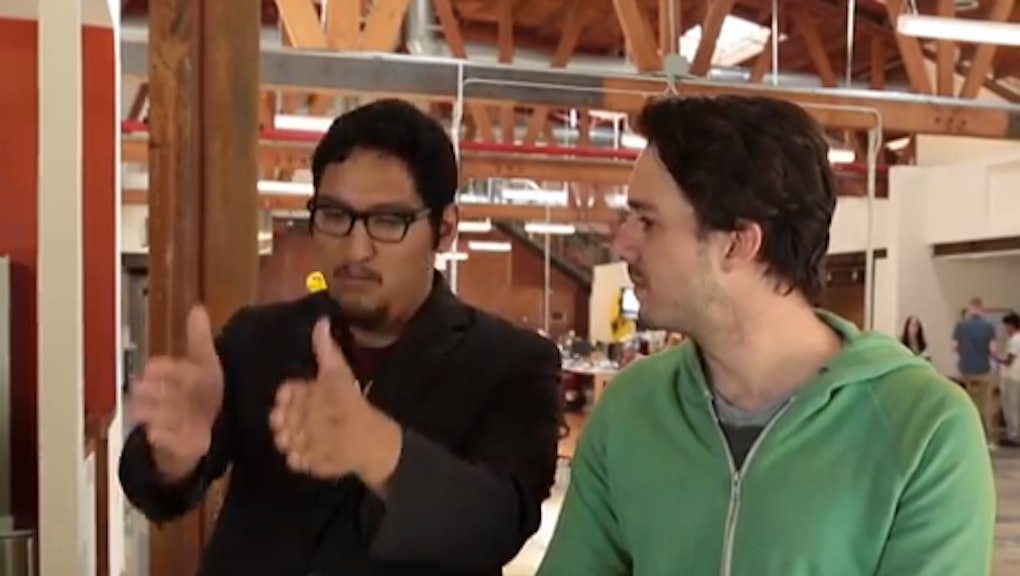 If Latinos Said the Stuff White People Say, Here's How Offensive It Would Sound

Irony (n): When you ask someone from the second oldest ethnic group in the United States if they’re here “illegally.”

Welcome to being Latino, where you’re frequently treated like a cultural alien no matter where you’re actually from or how long you’ve been here. These and other slights pepper BuzzFeed’s new video “If Latinos Said the Stuff White People Say,” which humorously redirects racially insensitive assumptions toward the people who might otherwise express them.

The idea is to reframe racial conversations within a more illuminating dynamic, and hopefully highlight the absurdity of these cultural stereotypes.

Nice: The video is especially potent considering recent events. Part of what fuels such ignorant assumptions is the notion of Latinos as foreigners — people who inherently don’t belong in Anglo-dominated America.

It’s a notion expressed whenever Texas Governor Rick Perry stands at the border with a machine gun claiming to protect America from the job-stealing, no-tax-paying immigrant hordes of Mexico and Central America. Or when anti-immigration protesters block busloads of detained women and children in Murrieta, Calif., waving signs that read “Ileagels [sic] go home.”

But: Anxieties around the Latino presence in the U.S. aren’t just based on poor logic – they’re a bit late to the game. Latinos are already the largest minority group in the country, with a population of over 52 million, and are also the fasted-growing, having increased in number by 28.7% between 2000 and 2007.

They now account for about 17% of the U.S. population. Put simply, it’s absurd that a group so large could still be so persistently otherized and characterized as outsiders.

So the humor of the video rests not only with its bizarro role reversal logic, but its ability to dissect some loaded cultural tensions — namely, that between people who are considered natives and those who are viewed as foreign. Too bad none of it's rooted in anything resembling historical or geographical truth.

But then again, the concept of race was never very logical to begin with.