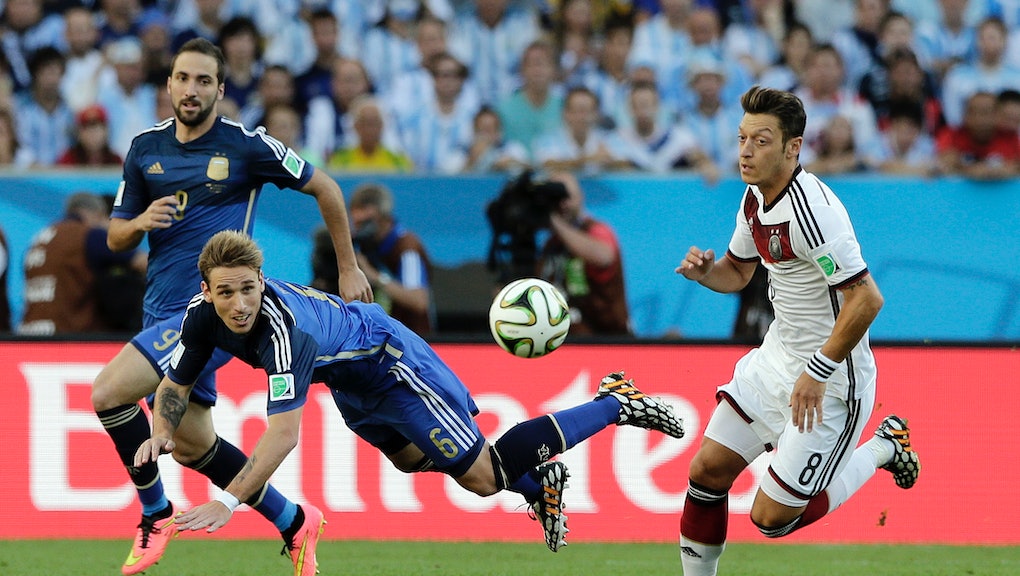 As the game went on, that decline exceeded more than 70% in both countries. Those numbers were even greater than the drops in Spanish traffic during the 2010 final and the drop in Denver traffic during this year's Super Bowl.

A similar pattern was visible across Europe, although clearly the non-German audiences had less at stake than Angela Merkel's constituents. Traffic in France, Italy and Spain "only" fell between 30% to 45%.

The same was true the previous day during the third-place game between Brazil and the Netherlands, with more Americans actually on the site during the game than is normal.

Clearly the United States still has a ways to go before it can be considered a soccer-obsessed nation. Or maybe Americans have just perfected the art of watching two screens at once.