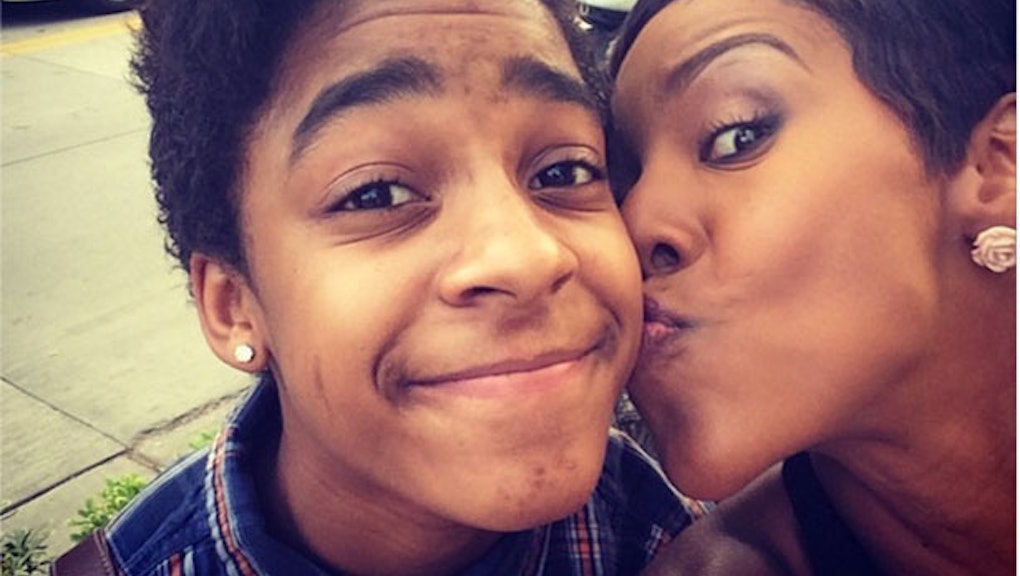 While R. Kelly's apparent reluctance to genuinely support his transgender teen son Jay has frustrated LGBT advocates, there is at least some solace in the fact that Jay's primary caregiver, his mother, is an amazing human who unabashedly loves her child.

Drea Kelly, star of VH1 show Hollywood Exes, has shared her journey towards the acceptance and understanding of trans young people like Jay. The teen, who recently attracted widespread media attention, much of it virulently transphobic, after openly discussing his transition online, has had little contact with his famous and controversial dad.

In an interview with the network, Kelly said that Jay makes it easy for her to be a proud mother.

"For parents, we need to realize [our kids] have their own journey. Parents get it wrong when they don't support their children. They have to go out and fight every day and face this world. The first battle should not be at home," said Kelly, who added that many LGBT children don't succeed because they lack an affirming foundation. "I just tell Jay all the time, baby, you won the war. You're gonna have a lot of battles, but you won the war. Mama accepts and loves you for who you are. Your family does."

Jay Kelly's story follows the increasing trend of more LGBT young people coming out at progressively younger ages than ever before, and to relatively more accepting environments, despite the media's inability to discuss trans and gender non-conforming lives in a responsible manner. All the while, so many other young people like Jay face the added obstacle of losing family support, often being banished to the streets simply because they eschew ignorance and desire a life lived openly and authentically.

The public, loving bond shared between Drea and Jay also shows many observers, both in and out of the LGBT community, that it's high time to retire the flawed and outdated stereotype of blacks as wholly ignorant on LGBT issues. Indeed, research shows that black trans people who come out are embraced by their families at higher rates than average.

But the reality of everyday anti-trans discrimination isn't lost on Kelly, who is calling from within the black community for Jay's story to provide a starting point for even more widespread understanding.

"[I]n the urban community, this is like a first. ... I need [people], especially in the black community, to stop burying their heads in the sand. Let's quit playing that game that you just chose to be gay or trans," she said. "We need to stop worrying about people's gender and sexuality and think about the choices we're making with our youth, period."

Kelly's support of her son is an example to parents everywhere — and, generally, to everyone — about how to respect, affirm and empathize with the struggles of trans and gender non-conforming people, especially youth.

Even if many people still struggle to understand what it's like living in their shoes, we can all heed Laverne Cox's wisdom on this issue: "It's about listening to transgender people and taking the lead from trans folks."

Are you listening, R. Kelly?