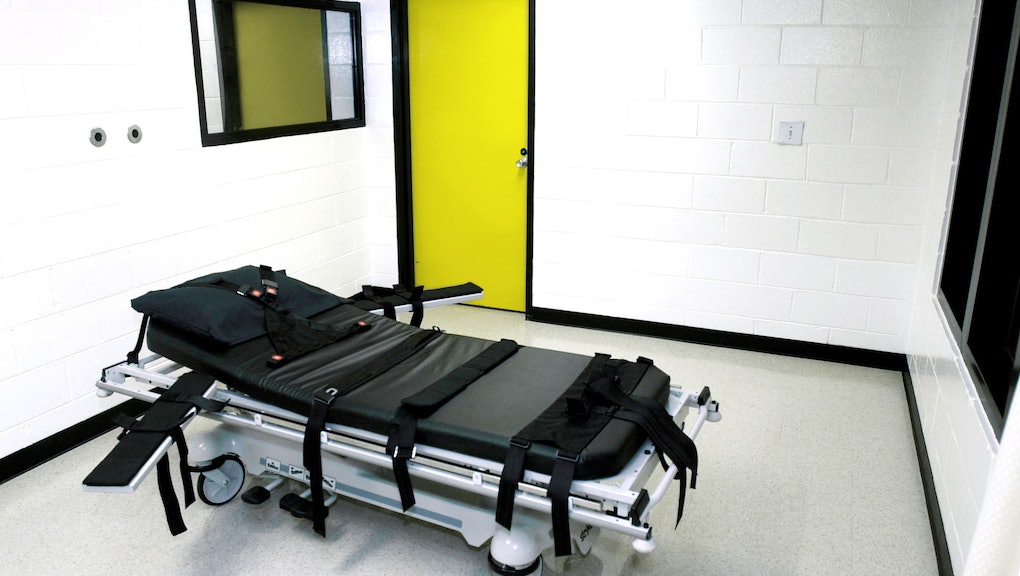 The news: A California judge in Orange County has just declared the death penalty to be unconstitutional.

U.S. District Judge Cormac J. Carney ruled that killing death row inmate Ernest Dewayne Jones would be a violation of his constitutional rights. He said that the state's poor handling of death penalty cases created long, anxious and uncertain legal processes for those sentenced to death, meaning the few inmates who would ever actually end up executed would die on an arbitrary basis.

Judge Carney concluded that California's death penalty was "system in which arbitrary factors, rather than legitimate ones like the nature of the crime or the date of the death sentence, determine whether an individual will actually be executed ... [Jones faced] complete uncertainty as to when, or even whether" he would die at the hands of the state.

The "random few" to ever receive a lethal injection "will have languished for so long on Death Row that their execution will serve no retributive or deterrent purpose and will be arbitrary," said Carney. "No rational person can question that the execution of an individual carries with it the solemn obligation of the government to ensure that the punishment is not arbitrarily imposed and that it furthers the interests of society."

The ruling is the first time a California judge has found the death penalty to be unconstitutional, and the first in which any judge has done so on the basis of systemic delay. Carney's ruling could be appealed by Attorney General Kamala Harris to the federal U.S. 9th Circuit Court of Appeals, which is generally considered to be one of the most left-leaning court systems in the country.

The background: Among other developed countries, the U.S. is a total anomaly for allowing continued executions of prisoners. No other countries in the entire Western hempishere allow the death sentence for any crime, even obscene acts like terrorism or mass murder. The map below from Amnesty International puts this in perspective: the U.S.'s application of the death penalty most closely remembles Iraq, Saudi Arabia, and Somalia than anything else.

Even within the U.S., the death penalty is arbitrarily applied by state. Texas has executed five times the number of prisoners since 1976 (515) as the next highest-ranking states, Oklahoma (111) and Virginia (110). Texas Gov. Rick Perry holds the absolute record for the most number of executions, including some inmates who were juvenile or mentally disabled. "Botched" executions still occasionally happen, invariably still resulting in the death of the sentenced inmate but with the added horror of having their last moments lived out in excruciating pain.

In May, Mic's Laura Dimon wrote on the reflections of death row executioners in the U.S. They tell a tale of uncertainty and guilt among the persons performing the act and terror among prisoners realizing they are about to die. Chaplain Pickett, who was present during the execution of Carlos DeLuna in 1989, couldn't sleep for the next five nights. "That's when I started thinking," he told investigators, "We are killing innocent people."

Why you should care: This is a major state-level victory for death penalty abolitionists, who have won their biggest victory in the state of California ever. But out of 900+ prisoners sentenced to die, just 13 ever faced the reaper at the hands of the California justice system since 1976. So while this is a big cause for celebration, understand the fight to end the death penalty will ultimately require either a Supreme Court decision or many more battles in the states executing large numbers of inmates.