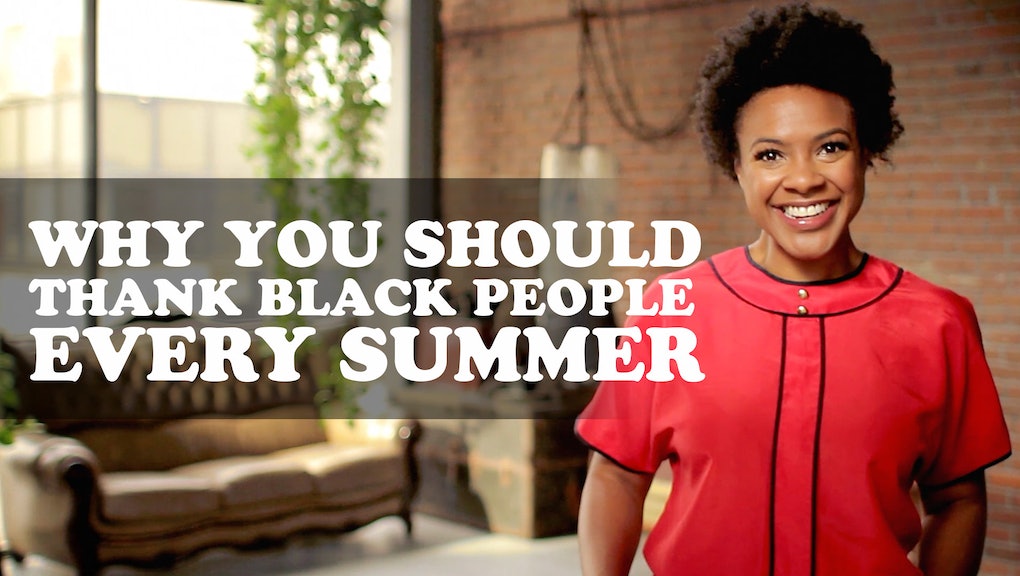 Did somebody say, "post-racial America"?

With the numerous examples of continuing inequality in the U.S., it really shouldn't be so difficult to dismantle racial stereotypes of black people. The problem is, many of them have gone relatively unchallenged for so long that it's become difficult to talk about it.

One new video series has decided to stop dancing around the topic, opting for a refreshingly bold and brash approach to starting the conversation. Created by the same people producing upcoming film Dear White People, the project's 10 PSA-style videos help answer the most nagging, clueless and offensive questions ignorant, uninformed or just plain racist Americans have been asking about black people for decades.

The latest video combats one such unfortunate stereotype, which often comes in the form of a question: "Why haven't black people invented anything?" Unfortunately, it's a question asked more than you might think, even by black folks, many of whom haven't had the benefit of a robust black history curriculum at school, or knowledge passed on to them through family and friends. Besides betraying the ignorance of the speaker, this question reinforces the stereotype that African-Americans are not inventive.

In response, the tongue-in-cheek video offers up three of the many black inventions that have changed everyday life as we know it, in America and around the world — especially during summertime.

There are many more examples of important innovations and inventions that were invented, perfected or created by black folks. Not to mention the countless other American inventions stolen from blacks and patented by whites with impunity, creating yet another racist institutional barrier for black creativity and economic freedom.

While humorous, the series' videos are attempting to hint at this type of deeper conversation, using humor as the hook.

These 10 planned commercial memes take a snarky, yet socially conscious approach to dismantling common misconceptions and microaggressions that often spur divisions between whites and blacks, and people of color in general. It's a snide twist on the flowery, heavily scripted elements that have characterized many popularized PSA campaigns, such as NBC's "The More You Know."

In an exclusive statement from video producers Moose Hill Productions, the makers told Mic that they hope viewers will take a moment to reflect on how it feels to be a "black face in a white place."

In the series premiere, one of the film's actors tackled the annoyingly reductive trend of people prefacing remarks with, "Not to be racist, but ..."

In the second edition, the ages-old "fried chicken and watermelon" stereotype associated with black eating habits was roundly dismantled for its racist and unfounded roots.

And in the third video, the producers dived further into a common sexual trope so widespread that it has now become a mainstream punchline: That all black men have enormous penises.

With a brutal honesty and directness that's often missing from the current conversations about racism and stereotypes in American society, the PSAs could be modeling what an authentic, person-to-person dialogue about silly social divisions could actually look like. It helps that they are also legitimately funny.

It doesn't always have to be a heart-pounding, emotionally intense shouting match about who offended who. Sometimes, all it takes is a wink, smile and a bit of topical snark to push the people around you away from ignorance and closer to racial inclusion and justice.