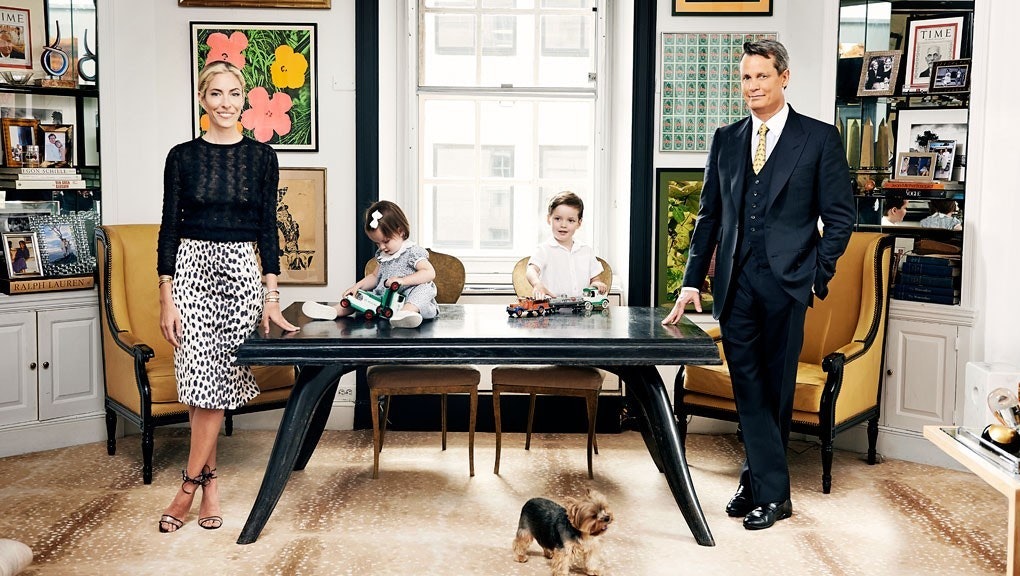 They're white. Yes, all of them.

Forbes magazine has compiled "the first comprehensive ranking of the richest families in America," featuring 185 clans with fortunes of at least $1 billion:

The families' assets stem from a wide range of pursuits, from oil and banking to soup, plumbing and cleaning products. Yet all except three — the Chao family, the Elghanayans and the Unanues — are Caucasian, proving that even in 2014, "American wealth" remains largely a euphemism for "white wealth."

Background: In his 2004 comedy special Never Scared, Chris Rock dissects the racial politics behind this phenomenon. "I'm not talking about 'rich,'" he says, "I'm talking about 'wealth'… Here's the difference: Shaq is rich. The white man who signs his check is wealthy."

But the disparity isn't just measured in dollars and cents. According to Investopedia, wealth includes the "total market value of all [one's] physical and intangible assets," thus painting a broader picture of a family's overall income, holdings and investment options.

The numbers: The rift between black and white assets remains a key factor in maintaining racial inequality today and it's only gotten worse in the past 10 years:

Despite steadily rising income levels over the past half century, black families remain just as poor relative to whites as they were in the 1960s:

But: The New York Times reports that the wealth gap is even "more pernicious" than the income gap because it persists across generations and puts young people of color in an especially disadvantaged position for building future wealth. According to Pew Research Center, 2009 saw the most lopsided racial wealth ratios since the government started compiling data in the mid-1980s.

Why? A variety of factors contribute to the tenuous nature of minority assets: For one, housing effects account for 49% of black wealth compared to 28% of white wealth — a double-edged sword considering that black-owned homes appreciate in value at much lower rates than white-owned homes. This is largely due to residential segregation, which artificially lowers demand and places a "forced ceiling on home equity for African-Americans who own homes in non-white neighborhoods." Not to mention that wealth built on home ownership is especially vulnerable during housing crises, like the one that took hold during the recession.

Put simply, this wealth gap has defined American economics for many years, and is rooted in the same racial inequalities that helped impoverish minority families to begin with.

Meanwhile, the (white) rich get richer: The Waltons of Walmart top the Forbes list with a cumulative $152 billion in assets. The Kochs, Mars', Cargill-MacMillans and (Edward) Johnsons round out the top five, with the Hearst family coming in sixth with a net worth of $35 billion. All told, the 185 families listed, from the two Newhouse brothers to the 255-member Haas clan, control a combined $1.2 trillion: roughly equal to the GDP of the state of New York.

The three families of color listed are of Taiwanese, Iranian and Hispanic descent, respectively. As far as bolstering these numbers, time will tell whether more of today's billionaires of color translate their individual riches into sustained family wealth through future generations. For now, maybe Chris Rock said it best:

"If Bill Gates woke up tomorrow with Oprah's money, he'd jump out [of] a fucking window."