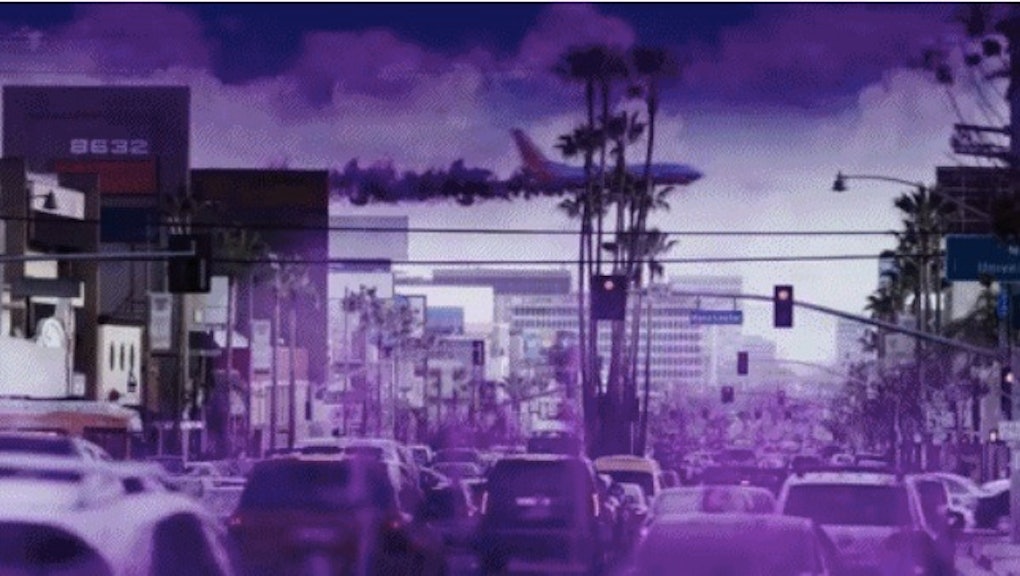 You can't ignore what you can see. So if you could see CO2 emissions, would they be harder to ignore?

That's the idea behind this GIF created from a clip from Neil deGrasse Tyson's Cosmos. CO2 is an invisible gas and though not bad in moderation, the amount humans have been releasing into the environment in recent years is record-breaking and detrimental. But what if that gas wasn't invisible? What if you could very clearly see it?

The GIF is a sobering reminder of how much CO2 humans produce. And it makes you wonder: If we had the evidence staring us in the face every day, would we do more about this problem? Would we be more proactive about transitioning the global economy away from excessive CO2 emissions and into renewable energy and energy efficiency in industries across the board?

Harmful greenhouse gases: In May, the World Meteorological Organization (WMO) announced that CO2 concentration averaged more than 400 ppm for all of April across the Northern Hemisphere — for the first time in human history.

WMO Secretary-General Michel Jarraud said in a statement, "Time is running out. This should serve as yet another wake-up call about the constantly rising levels of greenhouse gases which are driving climate change. If we are to preserve our planet for future generations, we need urgent action to curb new emissions of these heat-trapping gases."

The rising trend of an increase in CO2 emissions is actually not new. Since the industrial revolution, carbon dioxide concentration has increased 40%.

Why are CO2 emissions so bad? Because once it is released into the atmosphere it can stay there for hundreds or thousands of years. And carbon dioxide absorbs outgoing solar radiation and redirects it toward the planet, increasing temperatures over time, meaning that the emissions we contribute now will affect generations to come. Of course, as a naturally occurring chemical compound, some CO2 is necessary to maintain a balanced atmosphere, but the amount we're producing is simply not sustainable.

And what's worse is that a recent UN report stated with 95% certainty that humans have "been the dominant cause of the observed warming since the mid-20th century." Meaning that the increase in CO2 released has lead at least partially to rising sea levels, heat waves, droughts and floods, serious risks to coastal communities and human food supply.

The Cosmos GIF is a stark reminder that just because we don't see it happening every day, does not mean that it's not there. It is. Now that we can see the startling amount of carbon dioxide we release daily into the atmosphere, can we finally translate that to the big change the environment needs?