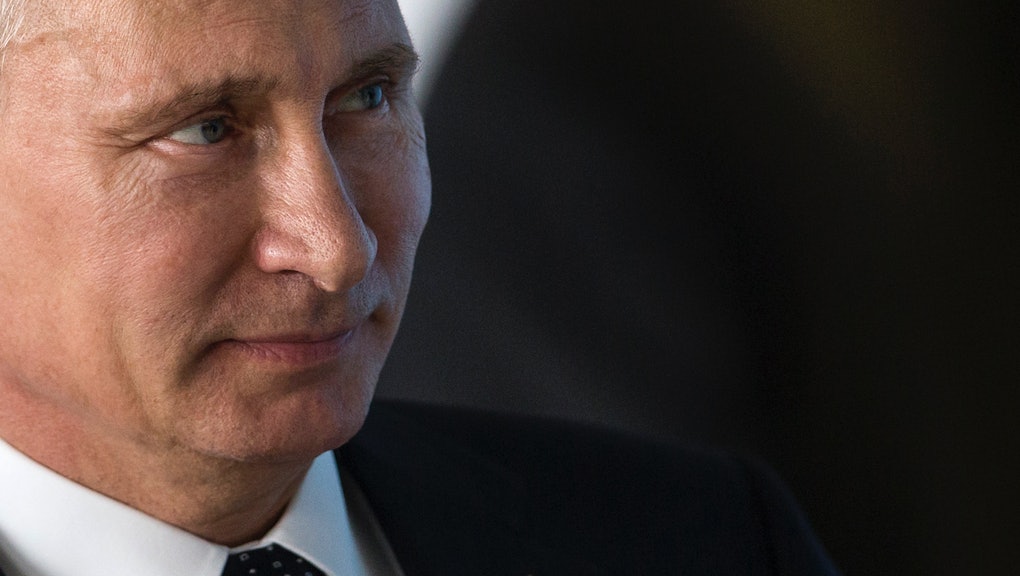 If You Live in Russia, These Are the Lies You're Being Told About the Malaysia Airlines Crash

In Russia, there are many stories emerging about the fatal crash of MH17 — it was part of an evil American plan to instigate war with Russia, the passengers were already dead when the plane took off, and Ukrainian dispatchers ordered the plane to reduce its altitude before it was shot down, for example.

The problem, however, is that they're coming from state-funded news outlets like Russia Today, Vesti and Life News, which are often used as glorified Kremlin mouthpieces.

The Kremlin isn't just bad at journalism, it's also looking to relieve Russia of any responsibility for the crash. Despite the overwhelming probability that pro-Russian separatists were responsible for MH17's crash (probably with help from the Russian government), the media is trumpeting its country's innocence in the attack and they're doing it by flooding the airwaves with conspiracy theories.

The background: According to Freedom House, an independent organization that aims to track freedom across the world, the Russian state owns an alarmingly high number of media outlets, including every one of the six national television networks.

Major Russian outlets have come under fire for their questionable journalistic practices before, particularly during the invasion of Ukraine in March. Things have gotten so bad that Sara Firth, an American journalist working for Russia Today, resigned over the network's coverage of MH17. In March, another RT anchor, Liz Wahl, resigned on-air.

And in Russian media, journalists either put up or shut up. Independent outlets have recently faced crackdowns and individual reporters have been threatened, harassed and even attacked for their work.

And then there's Putin. Since the misinformation about MH17 is coming from state-controlled news outlets — independent outlets have been more in line with Western reporting — questions have arisen about Russian Prime Minister Vladimir Putin's role in shaping the crash's narrative.

Putin has denied involvement and pledged to aid international investigations into the incident, though officials are still waiting for full access to the crash site. In televised comments, he blamed Ukraine: "Certainly the state over whose territory this happened bears responsibility for this terrible tragedy. This tragedy would not have happened if there was peace in this land."

However, as Time noted, he hasn't openly blamed the Ukrainian military for launching the missile that struck down MH17. But the media have been happy to pick up the slack: Daily newspaper Izvestia wrote that, "The leadership of Novorossiya [a region in Eastern Ukraine] considers the destruction of the liner a planned provocation by Kiev."

Meanwhile, international pressure is mounting. At this point, there's a clear split between Russia and the global community. The former blames Ukraine, while the latter blames Russia. On Sunday, Secretary of State John Kerry said, "It is pretty clear that this was a system from Russia, transferred to separatists."

Opposition groups in Malaysia are becoming increasingly vocal about Russia's role. In particular, the countries most affected by the crash, the Netherlands and Australia, are speaking out. Dutch Prime Minister Mark Rutte said that sanctions could be placed upon those responsible for stopping international investigations of the crash.

U.S. President Barack Obama has called on Putin to intervene with the rebels, saying on Monday that "...President Putin in particular has direct responsibility to compel [the rebels] to cooperate with the investigation. That is the least that they can do."

The takeaway: Though investigations had been at a standstill since the July 17 crash, largely due to the rebels' refusal to allow officials into the crash site, there was a breakthrough Monday morning that has given investigators access to the crash site and the bodies of the victims.

It's unclear how much of this is due to international action, but given that Russian markets tanked after the crash, it's fair to assume Russia had begun to feel the pressure.

While this latest development is certainly a positive outcome for the West, it remains to be seen how the rest of Ukraine will fare. If U.S. Vice President Joe Biden's assessment is any indication, the West isn't out of the woods by any means.

Editor's Note Feb. 12, 2015: The opening paragraph of this story has been updated.