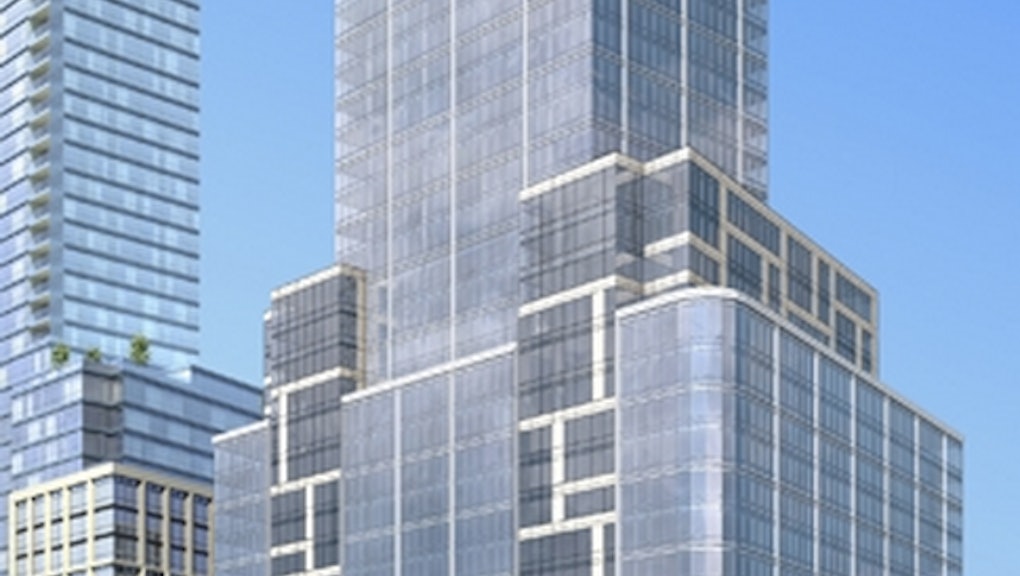 Despite opposition from lawmakers, an ultra-expensive condo building on Manhattan's Upper West Side has received the go-ahead from the city to have a separate entrance for low-income tenants.

Yes, you read that correctly: In 2014, a building will exist that has different entrances for rich people and poor people.

The complex will mix luxury and affordable units; 219 luxury units overlook the water, while 55 affordable housing units, contained in a separate "building segment," will overlook the street. Low-income tenants will also be barred from using amenities like a swimming pool and a basketball court on-site.

The building's developer included the 55 affordable housing units in the condo's plans in exchange for more space than zoning laws would ordinarily allow. To make matters worse (insofar as you can make the concept of a "poor door" worse), the developers can then flip that space, selling it at a profit to other developers.

Just another instance of rich people trying to keep poor people away. In June, a luxury apartment building in London was slammed for putting metal studs outside its entrance in an effort to stop homeless people from sleeping there.

Elsewhere in New York, luxury developments that will share space with housing projects could face away from them, apparently so that the wealthier tenants won't be forced to look at their poorer neighbors.

The takeaway: When the plan was initially announced in August 2013, New York State Assemblywoman Linda B. Rosenthal argued, "This 'separate but equal' arrangement is abominable and has no place in the 21st century, let alone on the Upper West Side."

She's absolutely correct. This is classism at its worst, and it's happening in a city where income inequality is already sky-high.

Manhattan Borough President Gale Brewer has said that she would reject future developments like this. It's certainly a start, but the "poor door" on the Upper West Side will be a perpetual reminder that we have a long way to go in fighting inequality.