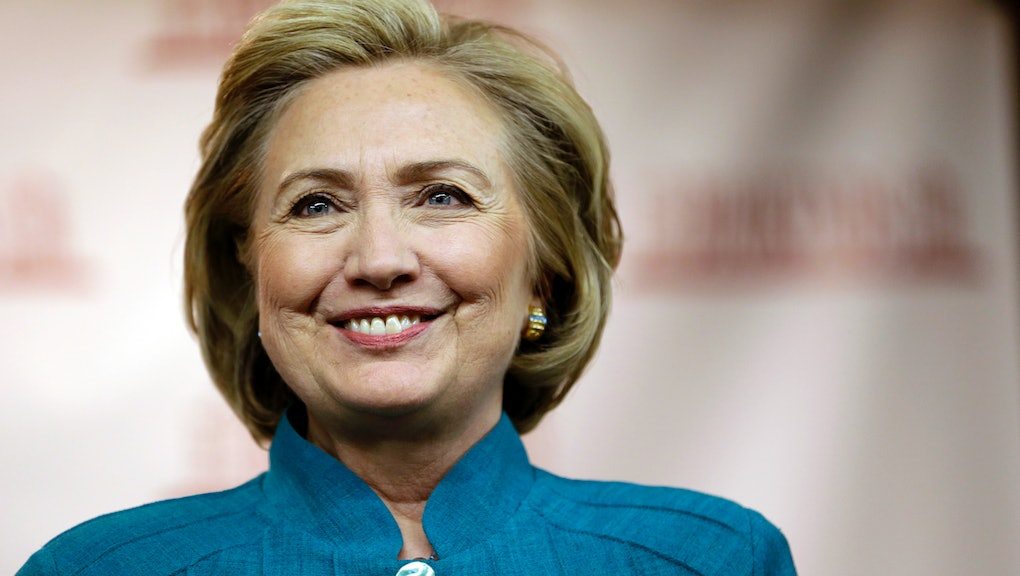 The news: A new book claims that potential presidential candidate Hillary Clinton was an "enthusiastic pot user," according to a quote from a former law school classmate.

Clinton recently denied ever having tried weed in an interview while promoting her book, claiming, "I didn't do it when I was young. I'm not going to start now."

However, after being against decriminalization during her 2008 presidential bid and calling for more research into its medical benefits, this time around, Clinton has recently said, "I think for people who are in extreme medical conditions and who have anecdotal evidence that it works, there should be availability under appropriate circumstances."

It's a somewhat noncommittal kind of support, but it is worlds away from her previous opposition to decriminalizing.

With the status quo. If Clinton was an "enthusiastic pot user" in college, she's not much different from nearly half of the population. According to a 2013 Pew Research poll, 48% of Americans have tried cannabis at some point. Clinton's political views on the topic are also shifting with the national trend, with a majority of the country in favor of legalization. Her statements signal favorable leadership for the pro-legalization majority.

Insult turned to favor. The book making the claim, Clinton, Inc.: The Audacious Rebuilding of a Political Machine, is essentially a takedown of both Bill and Hillary Clinton's political careers. Its timing suggests that it hopes to detract from Clinton's anticipated 2016 presidential run. However, considering popular public support for marijuana legalization, accusations of pot use may simply make her seem more relatable. All in all, it could mean a higher IQ rating for Clinton and a better chance that we might have a cannabis-supportive president come 2016.