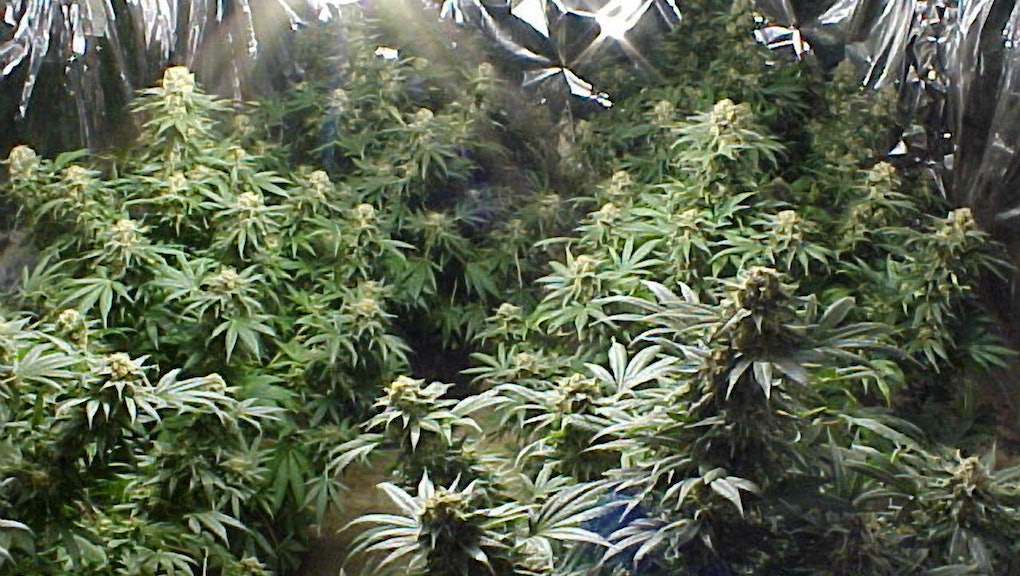 Everything's in motion for what could be a stunning victory for marijuana legalization this November.

Advocates in Oregon just got legalization of recreational marijuana on the ballot in the state, which means it could join Colorado and Washington as the only states to fully legalize (and tax) the drug.

But beyond Oregon, an even more important battle is brewing farther northwest. Legalization is also on the ballot in Alaska.

What makes Alaska special? There's a certain symbolic significance to passing marijuana legalization in a Republican-controlled red state. Colorado, Washington and Oregon all went for President Barack Obama in 2012, with Oregon giving Mitt Romney only 42% of the vote.

The tables are turned, though, in Alaska, where Romney received 55% of the vote. When it comes to public perception, it's one thing for hippie Pacific Northwest states to legalize weed. It's a whole 'nother story for the deep red state that gave us Sarah Palin to do the same thing.

Even advocates in Alaska seem to understand the difference. While Oregon's main advocacy group for the ballot measure is called New Approach Oregon, Alaska's is the Campaign to Regulate Marijuana Like Alcohol in Alaska. Who can argue with regulating drugs?

And if deep-red Alaska can pass a marijuana legalization bill, the same can be argued for other states like Texas and Georgia. If Alaska does legalize, it will be proof of marijuana's bi-partisan appeal, and sets the stage for further legalization in 2015.

How has it been going in the other states? Depends on who you ask. Colorado, the first state to sell recreational marijuana, was expecting lots of customers — predictions from the governor's office were set at $1 billion in sales, meaning $134 million in taxes and fees for the state.

Those predictions, though, may have been too high. Washington, despite strong early sales, also dropped off quickly. Part of this is thanks to a troubled start, with few stores and not a ton of product (marijuana sold must be grown in state, and there wasn't enough time to grow a full crop).

In both states, there are also market forces at work. Taxing the hell out of marijuana makes legalization easier to digest, but it also makes medical marijuana, or regular ol' illegal marijuana, a much cheaper option.

The difficulties are more growing pains than arguments against legalization, though. If Alaska does become the first red state to legalize, it'll be worth watching closely to see if it addresses these challenges any differently.