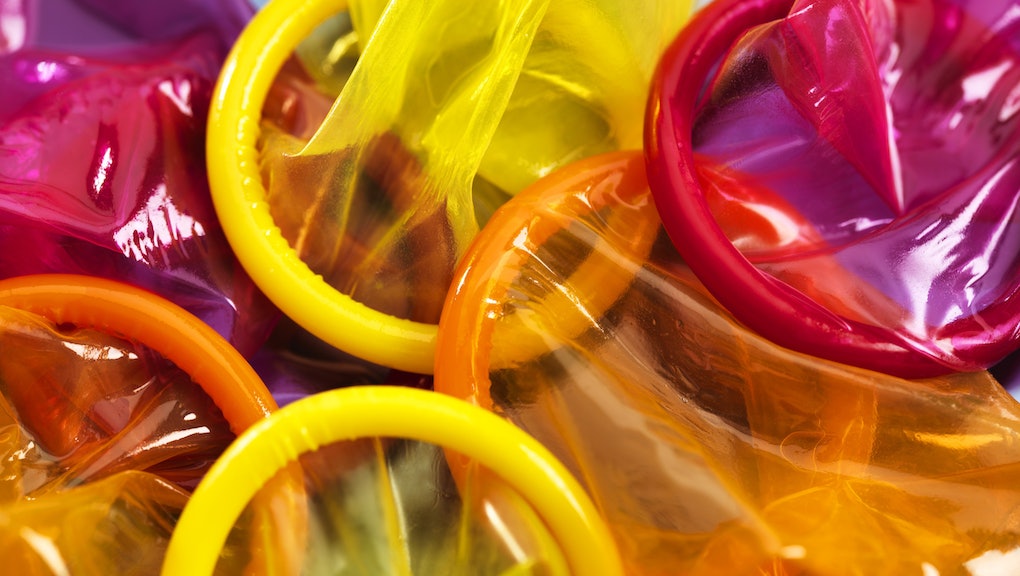 This Futuristic New Condom Could Save Our Health Care System Billions

The news: A game-changing condom that kills almost all sexually transmitted infections, including herpes, HIV and HPV is one step closer to hitting the market. The Australian market, that is.

Ansell, the Australian prophylactic company, will manufacture a condom laced with the antimicrobial VivaGel lubricant. Australia's version of the Food and Drug Administration, the Australian Therapeutic Goods Administration, gave the product a Conformity Assessment Certification, meaning that it could be on the market within months. The gel is proven effective in killing 99.9% of sexually transmitted infections (STIs).

The background: STIs, which are not to be confused with STDs, are on the rise in Australia. In the past few years, HIV diagnoses have risen 10%, and 2013 set a record with a 20-year high of HIV cases diagnosed. One in 8 Australian adults over 25 are affected by genital herpes.

STIs are also on the rise in the U.S. According to the Centers for Disease Control and Prevention (CDC), STIs account for an estimated $16 billion of the health care system annually because of the 20 million new cases each year.

Across the nation, there are roughly 110 million people infected. Condoms are an effective prevention strategy.

The takeaway: The Bill and Melinda Gates Foundation is on a mission to enhance the pleasure of using a condom, to encourage wider usage and, consequently, safer sex. But Ansell's condom, which does not boast any sort of enhanced pleasure, is groundbreaking for its unique STI-fighting lubricant, VivaGel.

Australia and Japan will begin manufacturing condoms laced with the solution in the coming months, while the United States proceeds with clinical testing.