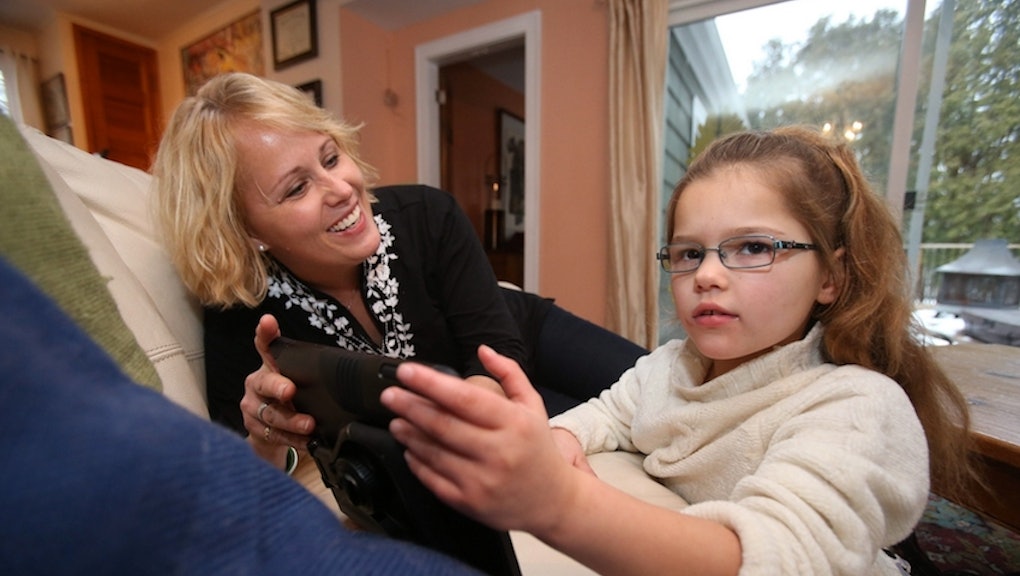 This is Anna Conte:

At the age of 9, Anna died of a severe seizure disorder called Dravet syndrome.

Dravet syndrome is untreatable by current pharmaceuticals, but the cannabis derivative CBD has been shown to drastically reduce the frequency of these seizures. It could have saved Anna's life.

Fortunately, Anna's case was enough to influence lawmakers to pass New York's medical marijuana law last month. Unfortunately, because of an 18-month period before it's actually implemented, Anna died waiting for a law that could have provided the treatment she needed to save her life.

A deadly wait for medicine: Like others who become eventual poster children for the medical marijuana campaign, Anna's cure just comes too late. Anna is the third known child in New York state to have died waiting for the new medical cannabis law to be implemented. In life, her story helped sway state lawmakers to support New York's medical marijuana bill and subsequently get it passed.

Seven-year-old Lydia Schaeffer died in May from a similar seizure disorder after her family successfully lobbied for a medical marijuana bill that led to access to CBD seizure treatments in Wisconsin. In New Jersey, the parents of 15-month-old Sabina Rose Joana, who succumbed to the same seizure disorder last November, helped sway Gov. Chris Christie to make an exception for seizure treatments for kids.

But the slow rate at which states are implementing these laws is leaving behind kids who can't wait a year or more for the system to grind into place. Dravet syndrome affects only about 1 in every 30,000 kids, but more than 3 million Americans suffer from some form of epilepsy, and millions more from other cannabis-treatable ailments. Until state governments can get their act together and move quickly on these reforms, it's the patients who will suffer.