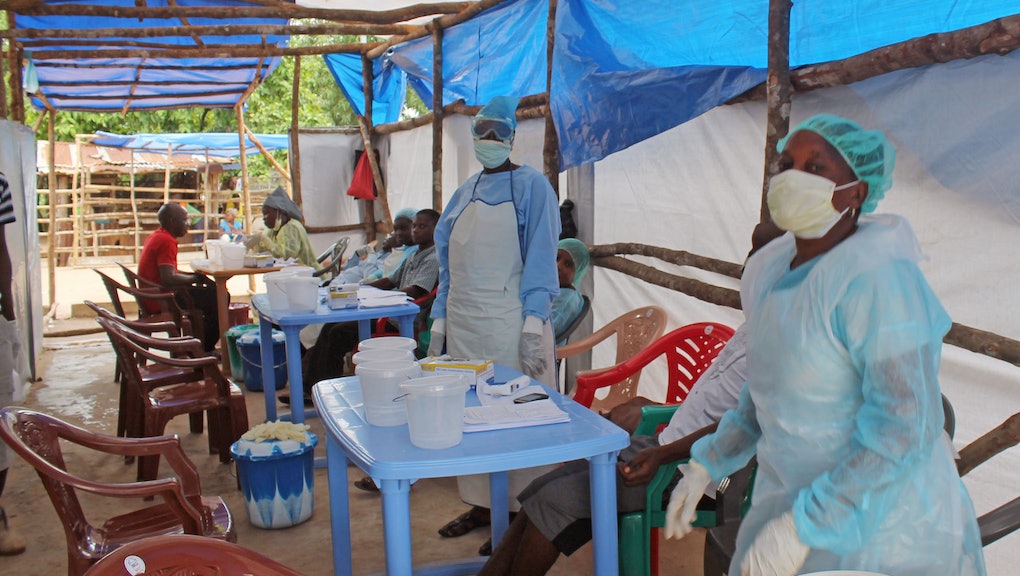 5 Big Lies Hollywood Taught Us About Ebola and Disease Research

The current outbreak of Ebola in West Africa continues to worsen. Nearly 700 people have died from the virus across Guinea, Liberia, Nigeria and Sierra Leone, including Sierra Leone's top Ebola doctor.

Fortunately, the closest many of us will ever come to understanding the spread of hemorrhagic fevers is from Hollywood. Unfortunately, most of those dramatizations propagate entertainment at the expense of reality.

Take Outbreak, the 1995 thriller about the Motaba virus, a hyper-infectious Ebola stand-in. Without revealing too much of the plot, Motaba eventually works its way into the United States, causing mass panic and a classic disaster film showdown between the military and a handful of morally righteous doctors.

While it's a great movie, Outbreak reinforces several myths about Ebola and disease research. As the crisis deteriorates, it is important to understand what West Africa is really facing.

Here are five ways that the Ebola crisis doesn't match up with what Hollywood showed you:

In the film, Motaba appears twice, once in 1967 and once in 1995. In reality, there have been at least 33 outbreaks of Ebola since its discovery in 1976. While in the more rural parts of the Democratic Republic of Congo, where Motaba originates, it's conceivable that the virus could have been confined to animals but, on average, an outbreak of the actual Ebola virus occurs nearly every year.

2. Ebola can be spread through an airplane's ventilation system

Early on in the movie, the virus spreads in a believable way: Through saliva, blood and scratches, Motaba can infect others extraordinarily quickly. Eventually, however, the virus mutates like influenza, becomes airborne and spreads through an airplane.

It's true that Ebola can only spread through direct contact and bodily fluids, but you would have to come into direct contact with blood, excretions or saliva to contract the infection, putting family members, neighbors and health care workers most at risk. According to Art Reingold, the head of epidemiology at UC Berkeley's School of Public Health, the virus' ability to mutate and spread through coughing is an unrealistic "Hollywood scenario." In addition, there are fewer than a handful of cases in which individuals infected with Ebola ever got on planes to begin with.

3. And it can spread very far.

Motaba infects, becomes symptomatic and kills within roughly two days. As Morgan Freeman's character mentions early on, this should contain the disease naturally, since it wouldn't be able to spread. However, it doesn't.

Ebola is known for its extremely high and quick mortality rates, but according to the CDC, it usually takes 8 to 10 days to even become symptomatic. Even at this pace, Freeman's statement is still generally correct. When confined to rural areas, Ebola lethality usually works against it, often killing its hosts before it can spread very far.

After the initial, inevitable military cover-up, Outbreak shows us an infectious disease lab run by the U.S. Army. Teams of scientists in gloves and bright white, freshly pressed lab coats stare contemplatively at beakers and vials. While the film accurately avoids the trope of the single brilliant loner in a lab, it doesn't quite portray the scientists themselves right.

For starters, scientists are often a messy bunch. Coats should be wrinkled, faded and perhaps a little dirty. This could be forgiven if all the scientists were working in the most sterile of lab conditions, but even in rooms with the world's most contagious diseases and the highest biosafety levels, many of the technicians walk around wearing little more than gloves. In one scene, an explosion gets infected blood directly into a scientist's eyes. Plot-relevant, perhaps, but not how this kind of work really happens.

Most importantly, as with all disease-centered disaster films, the ability of the scientists to fund, find, streamline and receive approval for mass distribution of vaccinations is grossly overstated. In Outbreak, the serum used to treat the virus is originally designed to eliminate the virus in monkeys, but is quickly adapted to treat humans.

In real life, vaccine research is often restricted by time, government funding, labyrynthian regulation and a macabre system of economics that mostly caters to demand. Even the AIDS epidemic, at least 30 years old, still hasn't resulted in a vaccine. According to Scientific American, vaccines have been successful at preventing Ebola in non-human primates, but an effective vaccine for humans could still be years off.