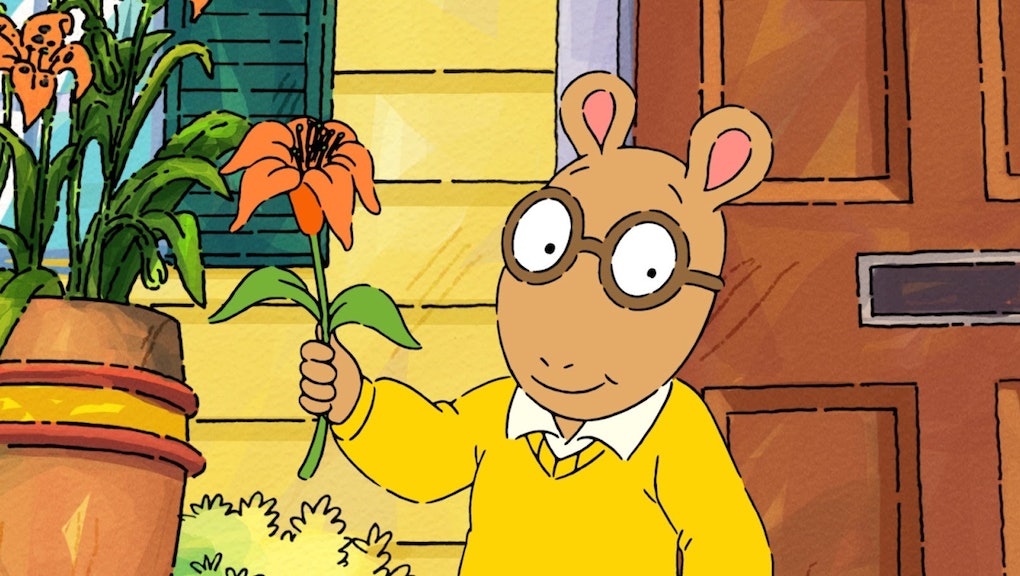 Up-and-coming Chicago rapper Chance The Rapper just won every '90s kid's heart with this uplifting, soulful take on "Believe in Yourself" by Ziggy Marley — better known as the Arthur theme song. He released it in advance of Lollapalooza tomorrow, and it's absolutely amazing.

It's a fitting song for the young rapper who first broke through on 2013's Acid Rap. Born in 1993, the 21-year-old Chancelor Bennett was raised on the same entertainment as his young fans: the best of '90s rap and everyone's favorite aardvark. For the past year, he's been paying homage to his childhood with this track at all his festival tour stops. And he does it justice. The recording is even more joyful than the original. Chance is backed by a host of singers, including Wyclef Jean, Jessie Ware, Elle Varner, Francis and the Lights, Eryn Allen Kane, the O'my's, Peter Cottontale and Donnie Trumpet of Chance's Social Experiment Band. It sounds like one big party.

Chance The Rapper's music continues to offer a hopeful contrast to most of the other rap coming out of Chicago right now. Songs like Chief Keef's "Bang Bang" and King Louie's "I Need That" only encourage the violence that rips through Chicago's South Side every day. But Chance knows well music's power to spread love and hope. The song is just one more life-affirming track from one of the most promising young rappers coming up today. His Acid Raps mixtape, which made an phenomenal impact on the hip-hop community when it dropped last year, includes a few songs that are in line with Arthur's positivity, including "That's Love," "Everybody's Something" and "Everything's Good."

And with this trip back to every '90s kid's childhood, he's getting straight to the root of an old-school optimism.