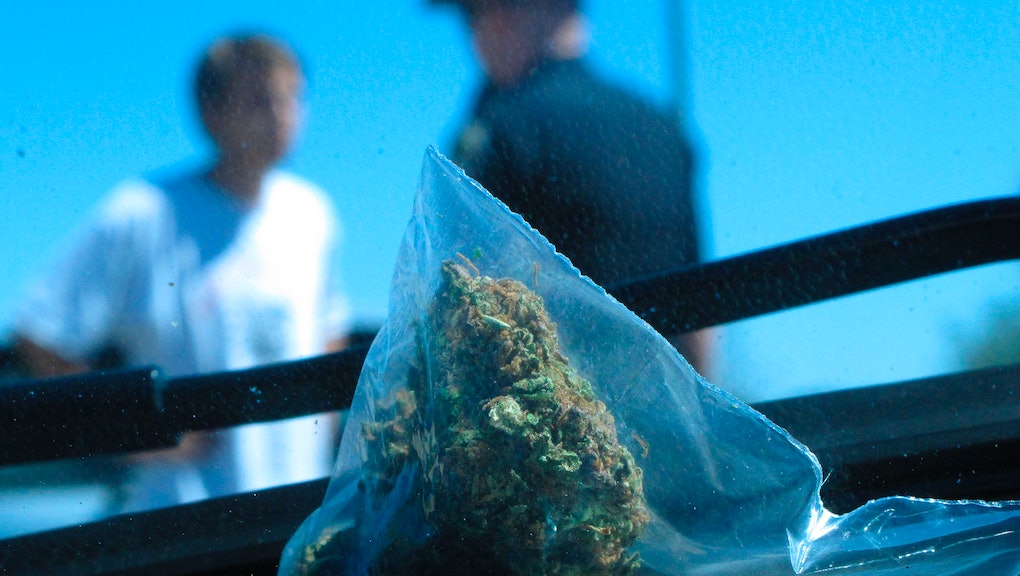 One Seattle police officer found Washington state's new marijuana legalization laws "silly," and it sure seems like he decided to take matters into his own hands.

The state voted to legalize weed in 2012 but kept smoking in public against the rules. After the Seattle Police Department conducted a study about marijuana enforcement, it found something shocking: One officer was responsible for 80% of the city's marijuana tickets during the first half of 2014, Reuters reports.

Not only had he written 66 of the city's 83 public pot citations, he had often included his own commentary on the tickets. In one case, according to Seattle Police Chief Kathleen O'Toole, "the officer indicated he flipped a coin when contemplating which subject to cite.” In another, he wrote that the new marijuana laws were "silly.'"

Other Seattle cops, it should be noted, are much more mellow:

A deeper problem: The officer was removed from patrol duties while the department investigates. Another aspect of the report, though, might be even more troubling.

African-Americans in Seattle, it turns out, were being ticketed disproportionately for public marijuana use. While African-Americans only make up 8% of the population, they received 36% of the tickets in the first six months of this year, Reuters reports.

Racially skewed enforcement goes hand in hand with the war on drugs. Thanks to legalization, the end result is more tickets rather than more prison time. You could call that progress, although the real test will be whether or not Seattle's police can change anything now that they know about the disparity.

The lack of product is thanks to a part of the law that requires marijuana to be grown in state. There wasn't enough time for a full crop, which means consumers will have to wait longer for their local shops to restock.

That waiting might be part of the reason recreational weed hasn't been quite the moneymaker some in Colorado and Washington were expecting. High taxes means easy-to-obtain medical marijuana or illegal street marijuana make for better buys. One thing that might help sales, though? Not having a cop running around writing tickets based on coin flips.