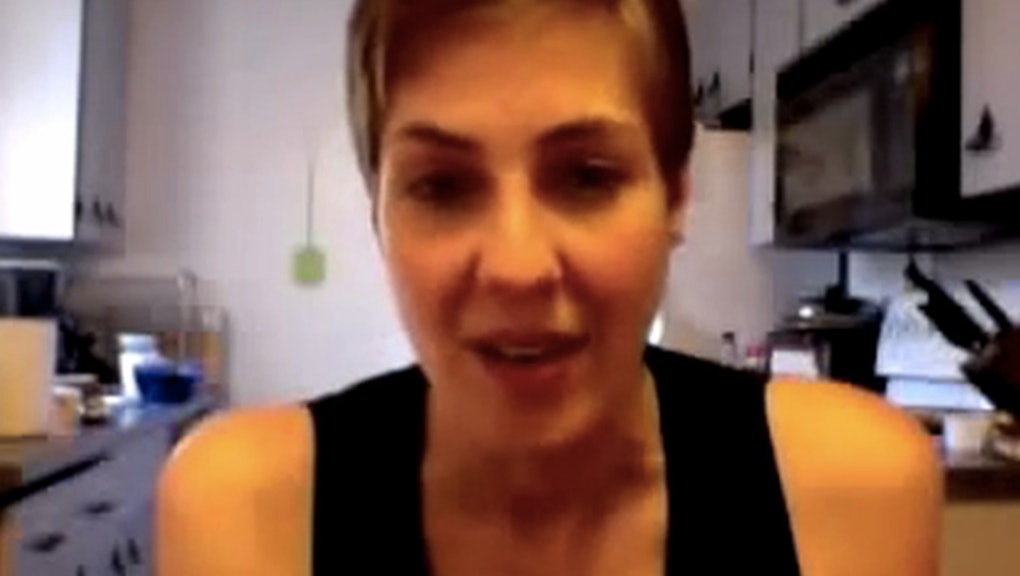 "When you think about the kind of life that many men end up having, it really says something about the disregard we hold men in, that we can chain them to that kind of obligation without providing them any kind of benefit of choice or freedom. We have a word for that, and that word is slavery."

These are the words of Karen Straughan, a supporter of men's rights activism, a self-described "anti-feminist" and a key founder of the MRAs' female contingent, known as the Honey Badgers.

In the wake of the International Conference on Men's Issues earlier this summer, Vice has produced a fascinating profile on the women of the MRAs, with a focus on Straughan, as well as Janet Bloomfield, co-founder of the blog JudgyBitch.com, where women can lament the fallen state of the role of women as domestic goddesses and an energetic — if highly controversial — voice on Twitter.

Bloomfield became disillusioned with feminism, which she believes misconstrues all sex as rape and therefore all male desire as a form of a rapist fantasy. "I felt like I was being indoctrinated into feminism by this misrepresentation of male power," Bloomfield said. "Men have this incredible sense of guilt that they're carrying around from rape culture. This idea that they're all rapists... but the standard of what constitutes rape is now so low that virtually all sexual encounters constitute rape."

It's a fascinating window into this community, a subset of a larger community whose very name denotes discrimination on the basis of gender. These women are serious about their activism, so it seems fair to take an equally seriously look at their complaints, rather than simply and ignorantly dismissing them.

First of all, at least from the video, it appears that the women of the MRA are predominantly, if not collectively all, white. What does it mean that they are from rural and suburban areas of America? What demands, implicit or explicit, must these women face daily that make them want to participate in an organization that fights for the rights of historically the most dominant gender this world has ever seen?

And by extension, what does it mean that women believe that men, largely white men, are discriminated against in American society?

The women of the MRA do one thing consistently, and that is incorrectly define and blatantly misconstrue the basic premise of feminism. As has been defined elsewhere, feminism is legal equality for all genders. This newest wave of feminism is one that acknowledges a plethora of genders, both cisgender and transgender, within the two sexes. It also recognizes that equality is an idea that can only manifest in a legal realm; that no two people, male or female, are equal when it comes to physical, intellectual or emotional capability.

This misinterpretation of feminism is not the only problem with the MRA talking points, however. Many MRAs overlook the fact that women are not the ones who structurally imposed the various "discriminations" they fight against, discriminations like the male-only military draft. Men created these sanctions and laws, because the laws of America were created by men, who have historically ruled the government and the courts.

As my colleague Julianne Ross wrote in her fantastic piece about the myths promulgated by MRAs: "Many feminists don't support conscription — for anyone. But regardless of whether you agree with a draft in theory, it's important to remember that military action (including the decision to go to war in the first place) has been legislated almost entirely by men, and that women historically have shown less support for war."

The same goes for the complaints that there is no birth control for men. Who wouldn't be in favor of birth control for men? Maybe they should complain to all the male doctors who have spent decades developing male enhancement pills alongside birth control pills for women. The origins of female birth control are not rooted in benevolence, lest we forget, but rather in  an early 20th-century push to test eugenically motivated sterilization techniques on Latina women in Puerto Rico.

Just a few points to remember the next time someone — male or female — argues that men are kept in chains.

Because if men are in chains, they are the ones who put themselves there.