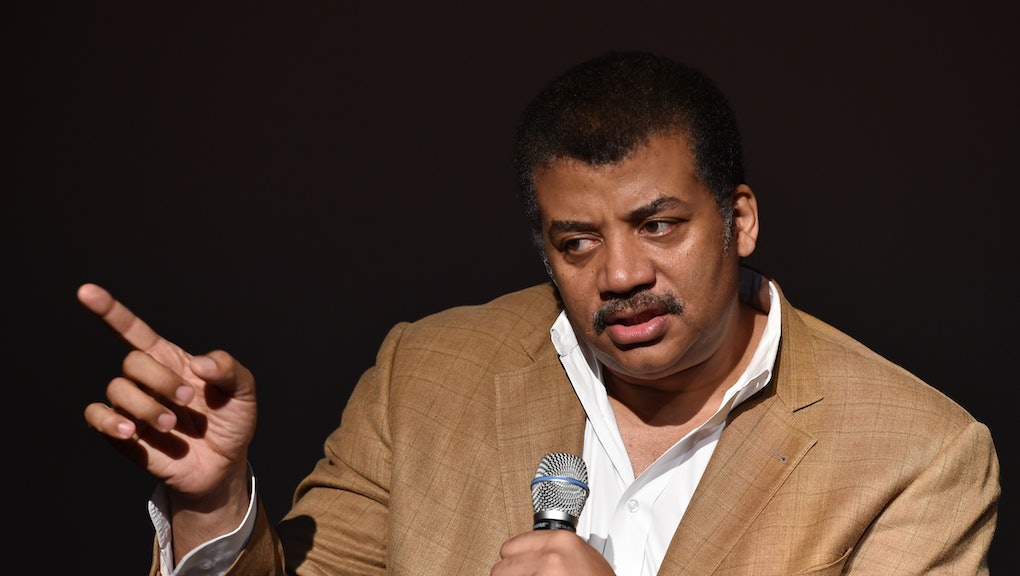 The news: This past weekend, America's most-beloved scientist Neil deGrasse Tyson offered a concise (and awesome) explanation for why he thinks anti-GMO activists should "chill out." However, the Internet was not satisfied and quickly turned on what they thought were holes in the argument of a man who'd sold out to Big Agriculture.

But in true NDT fashion, he took to Facebook late Wednesday night to set the record straight.

Tyson simply can't stand banning or severely restricting GMOs and he thinks the idea that they're inherently more dangerous than traditional agriculture or food products is patent nonsense. Take a gander below:

To sum it up: "If you reject GMOs you fundamentally reject it all."

Tyson strikes a nuanced position on labeling, noting that if consumers desire it, then fairness would entail putting a sticker or stamp on pretty much everything. He's also a fan of vigorous safety testing to ensure human and environmental safety.

But sympathy for the anti-GMO crowd ends there, with Tyson explaining why proposed GMO bans out in California and other places flat-out don't make sense. Nearly everything we eat has been genetically modified in some way, whether in a lab or through thousands of years of evolution. On top of that, rigorous scientific research backs his assertions that GMOs aren't more or less unsafe than other non-GMO foodstuffs as well.

The scientist doesn't bring up other reasons people might be angry at Monsanto, such as their aggressive lawsuits against farmers or the widespread (and apparently unfounded) belief it sells "terminator" seeds that produce sterile offspring. Just a few days ago, though, Tyson made it clear he thinks GMO-producing corporations should be held morally accountable for their business practices — but it has nothing to do with the science.

Finally, NDT also seems pretty irritated by the politicization of his remarks on GMO food, which were intended to inform participants in the debate so that they weren't bringing unscientific opinions to the table. And he's right to feel taht way: Unfounded paranoia over genetic modification not only riles up the left, it also has inspired fringe libertarians like artist David Dees and NaturalNews' "Health Ranger" Mike Adams to add their own conspiracy-tinged voices to the discussion.

Ultimately, that's his point: Politics aren't science and the science backs GMOs. He was right to tell everyone to chill out a little. Arguments should be about research, not rhetoric.