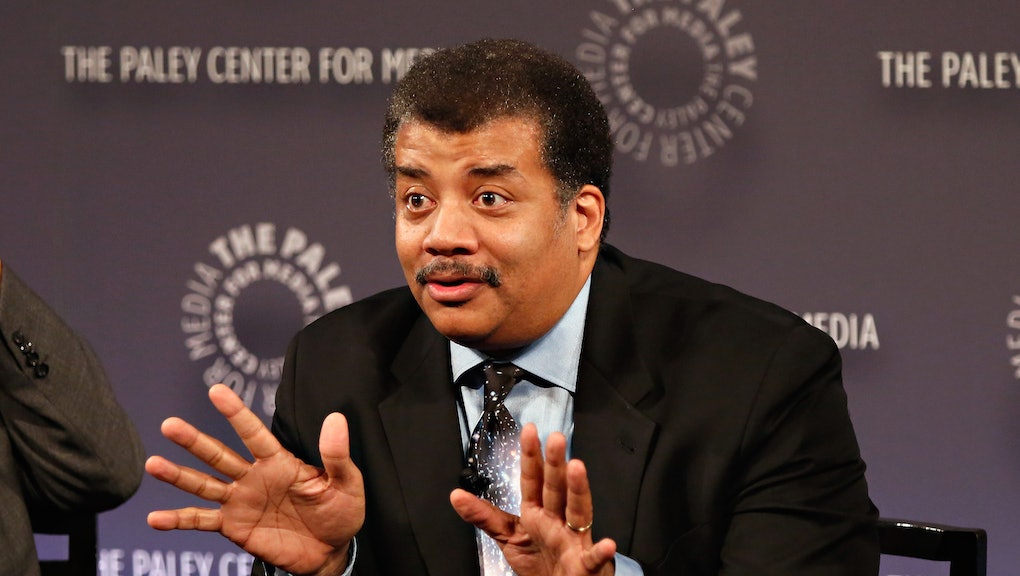 Neil deGrasse Tyson Has the Ultimate Answer to Paranoia Over GMOs

A lot of people will tell you that genetically modified organisms (or GMOs) are very dangerous and that we must avoid eating them at all costs. They're mutant fruits and vegetables that will ruin your body, they say. But are they right? Let's just ask American astrophysicist, author and science communicator Neil deGrasse Tyson.

Here's some of what he says:

"What most people don't know, that they should, is that practically every food you buy in a store for consumption by humans is genetically modified food. There are no wild seedless watermelons, there's no wild cows, there's no long-stem roses growing in the wild ..."We have systematically genetically modified all the foods, the vegetables and animals, that we have eaten ever since we cultivated them. It's called artificial selection. That's how we genetically modify them. So now that we can do it in a lab, all of a sudden, you're going to complain? "So we are creating and modifying the biology of the world to serve our needs. I don't have a problem with that because we've been doing that for tens of thousands of years. So, chill out."

In case that wasn't clear enough: Everything we eat has been genetically modified in one way or another and just because it's now being done in a lab, it doesn't make it evil, so stop freaking out.

Of course, one might argue that there are certain nefarious players working in the food space and that claim over-meddling with what we eat is dangerous, especially when it involves changing something's chemical make-up to modify how it reacts to chemicals and pesticides (which can have lasting effects on the environment and local populations). And taking steps to keep the public informed — like labelling GMO foods — is probably a smart step in the right direction so that people know what theyr'e putting in their bodies.

However, Tyson's main point still stands: The over-hyped hysteria around GMOs needs to stop. It's not an entirely new sentiment, but as is often the case with NDT, this video perfectly encapsulates the absurdity of the often-times aggressive anti-GMO argument.

As Vox notes, there's no real scientific evidence to suggest that GM foods are any less safe than regular foods, and in fact over 2,000 global studies have come to the conclusion that GMO crops are as safe or safer than conventional or organic foods. Not only that, but certain GM foods may actually be the keys to solving major hunger problems around the world.

At the end of the day, you can put whatever you want in your body; just stop putting lies in everyone else's heads.