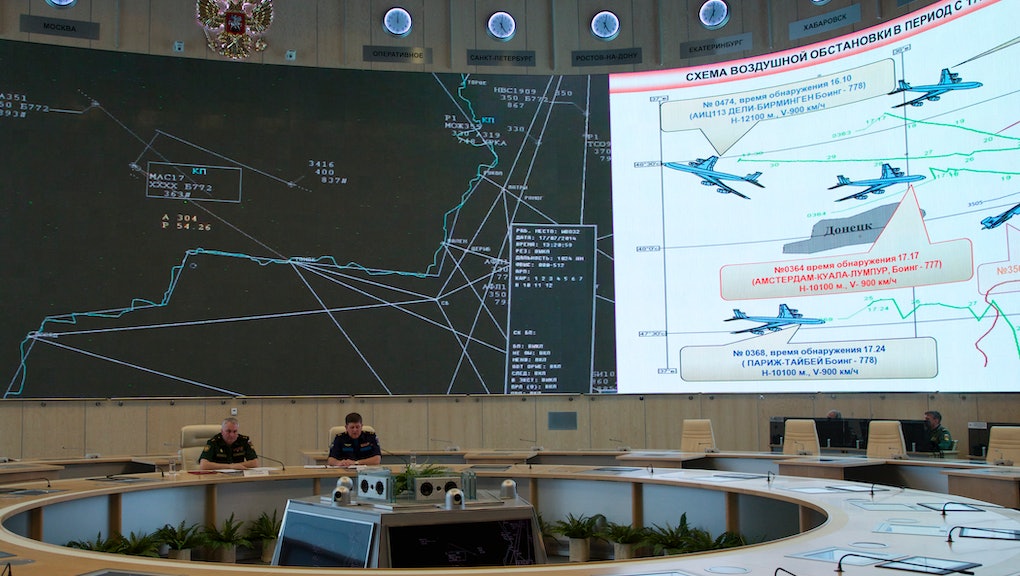 U.S. military officials have reported as many as 16 incursions of Russian bombers into American air defense zones, according to the Washington Free Beacon. While Russia dismisses the claim, U.S. officials theorize it's a way for the country to show its strength and gather intelligence on American defenses.

The incursions took place primarily in the Alaskan air defense identification zone, according to the Free Beacon.

"These are not just training missions," one official told the Free Beacon, adding that the Russian jets look to be "trying to test our air defense reactions, or our command and control systems."

Are we at the brink of a new cold war? The incursions come amidst heightened U.S.-Russia tensions following Russia's invasion of Ukraine. "We relate a lot of that to what's going on in the Ukraine," Gen. Herbert Carlisle, commander of U.S. air forces in the Pacific, said during a briefing. "It's a combination of things that's to demonstrate their capability to do it."

Of course, the U.S. can't completely throw its hands up and claim it hasn't been doing anything like this. Early this week, an American spy plane was eavesdropping on Russian military forces when Russia began to track it on radar. The plane accidentally hit Swedish airspace after Russia sent a few aircraft its way.

America's plan of action: The biggest volley from the U.S., though, was far from secret: President Obama announced harsh sanctions on Russia late last month hitting banking, agriculture and, to the chagrin of some U.S. gun owners, firearm making.

America wasn't alone — the European Union, Canada and Australia also announced sanctions on Russian goods. In response, Russia sanctioned food imports from those countries involved, and is considering closing its airspace to their carriers as well, which would prolong some international flights.

Obama said this week that the sanctions are "working as intended," though Russia is still putting troops at the Ukrainian border.

Could an all-out invasion come next? "That's obviously a different set of questions," Obama said.