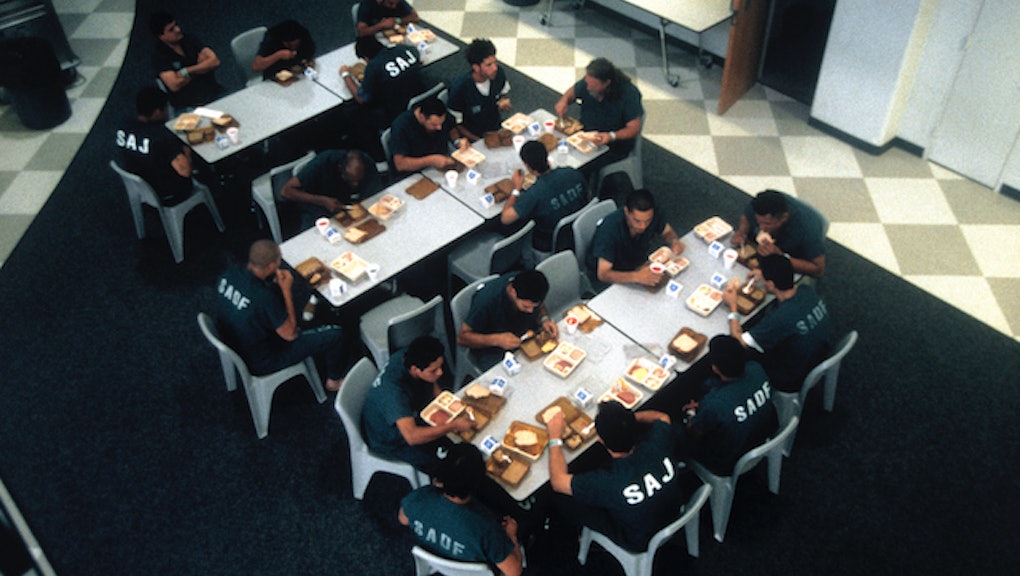 Maggots. And lots of them.

The news: For the latest inexcusable atrocity committed by the U.S. prison system, turn your attention to the state of Ohio, where 1,000 inmates at the Ohio Reformatory for Women discovered grotesque insects crawling on and around their plates. For the second time this year.

So they dumped their lunches in protest.

The maggots came after Ohio contracted Aramark to provide its food services. While Aramark says the deal is saving the state more than $13 million, state officials have already fined the company more than $270,000 for understaffing and sanitation problems, according to ABC 6 news.

Just ask Michigan: Ohio's neighbor state also has a contract with Aramark, and the results have not been pretty.

Michigan's three-year, $145 million contract Michigan displaced about 370 prison workers, according to the Detroit Free Press, since Aramark could pay its employees half of what the state had been paying.

The result? Maggots at multiple prisons, lax rules that allowed knives and other potential weapons into prisons and charges that employees got too friendly with inmates by kissing and inappropriately touching them. More than 80 Aramark employees in Michigan prisons have been fired for these and other infractions, according to the Free Press.

The malpractices are so vast that Michigan Governor Rick Snyder (R) told reporters the conditions were "unacceptable," and that the state would consider terminating the contract early.

Come on, America: Incidents like those in Ohio and Michigan highlight some of what happens when states run prisons to save money rather than ensure adequate conditions. As John Oliver highlights in his depressingly hilarious tirade on the subject, it's very easy for Americans to stop thinking about prisoners as real people deserving of basic protections.

He mentions the maggots, but also showcases a private prison inmate in Arizona who was treated with sugar after a C-section, a cost-saving treatment that ceased being used after the development of antibiotics.

After the Ohio prison's second maggot incident, one inmate's mother told ABC 6, "People make mistakes, it doesn't mean you have to be treated like a dog." But honestly, if you found maggots in food, would you even give it to your dog?