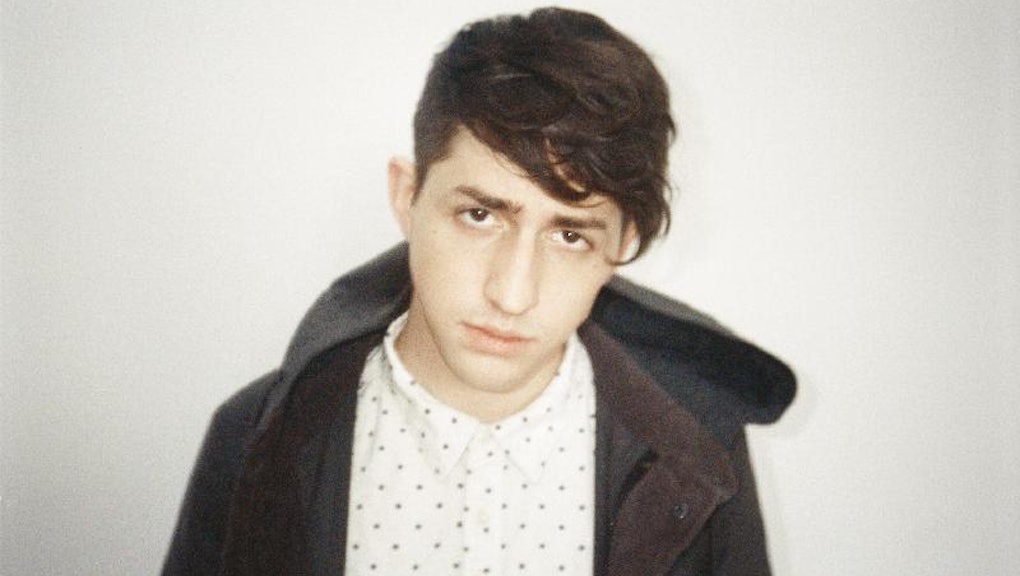 Meet the Man Who's About to Save EDM From Itself

One look at EDM festivals like Ultra or Tomorrowland and it's pretty easy to realize the scene is not exactly highbrow. Bros with tanks guzzling beers, women in pasties, flags, flowers, drugs, sweat, sex, overdoses — this is pure party music, artless and nearly useless outside the festival or the dorm room.

A 22-year-old DJ from North Carolina, Robinson bucks all the tired cliches the genre suffers. His debut album, Worlds, released Tuesday, is a revolutionary rebuttal to all the DJs using cheap sunglasses and cheaper buildups to make people go crazy. It's an exercise in restraint and innovation, and Robinson's undeniable ear for catchy hooks means nearly everyone should fall hard for Worlds. He's the hero that EDM doesn't really deserve, but desperately needed.

You know you can trust Robinson because he hates EDM too. "Last year, I literally had like four or five full-blown anxiety attacks onstage," he told Fader this year. "When I was in Australia ... I was yelling at fans, 'Dance music is terrible!'" But that skepticism is what makes Worlds the perfect EDM album, caught between art and pop, human and machine, euphoria and melancholy. It's a restless work that never seems to be quite satisfied with itself, an album that constantly keeps the listener guessing.

"Years of War" is a prime example. It's driven by a big, shiny synth hook that could anchor any Aviicii song. But Robinson isn't satisfied with just playing the same loop at varying volumes; he's written a gorgeous melody with epic, Les Mis-style lyrics about overthrowing tyranny. In his own revolt, Robinson mocks the huge EDM chorus drop: When the song sounds like it's about to explode, Robinson pulls back to a simmer as vocalist Breanne Düren comfortingly croons, "Just know, mine is a hand to hold."

Even while "Years of War" goes delightfully against the grain, it's still one of the poppiest songs on the record, a comparatively safe bet in contrast to his other startling dervishes of experimentation. Robinson's sampling is eclectic bordering on schizophrenic: the murmured laughter of a Japanese lady on "Flicker," gentle windchimes on "Sea of Voices," the she-bot vocals on "Sad Machine" — all a far cry from the build-and-bust of traditional EDM, but no less gripping.

His experimentation culminates in the album's avant-garde masterpiece, "Fellow Feeling." The song starts with a moving lone cello before devolving into a chaotic sequence and then exploding into an epic, glitchy chorus. It's a microcosm of the album's tortured contradictions and explorations, revealing a DJ who refuses to play songs just so his audience will throw their hands in the air.

Most electronic DJs strive for the moment, the drug-fueled ecstasy where the audience loses themselves. Of all DJs, only Robinson's music lingers for the hangover. This is an album of storytelling, ambition and startling execution. Worlds is everything EDM has been missing.