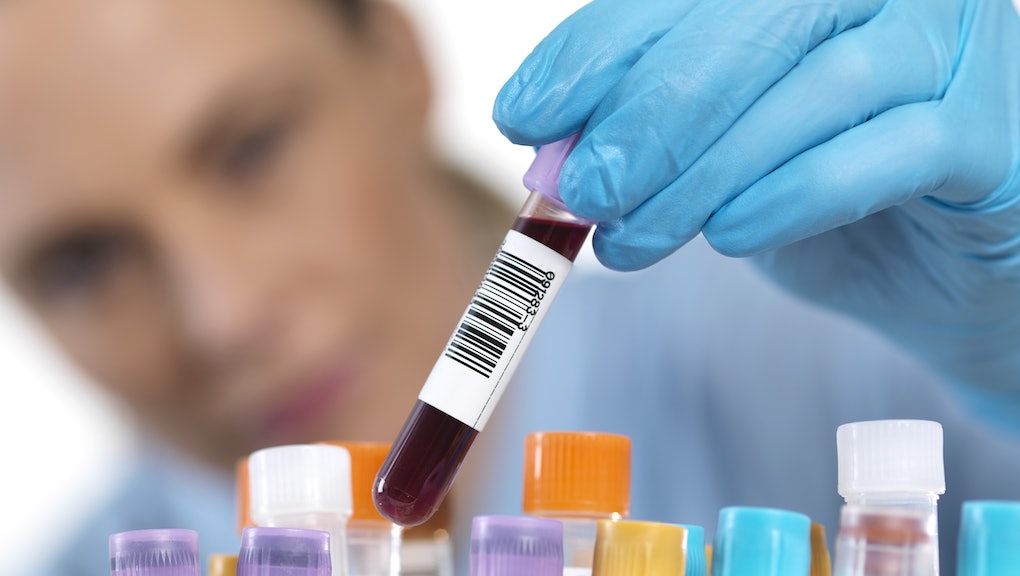 The news: Johns Hopkins researchers are confident that they have developed an effective way to detect cancer — one they claim may expose up to half of all cancers at an early stage when it can be more easily treated.

According to a new profile in MIT Technology Review, Bert Vogelstein's laboratory of researchers at Johns Hopkins is developing a way to screen blood samples quickly and reliably for traces of tumor DNA. Vogelstein is a renowned cancer researcher who pioneered early investigations into the relationship between cancer and genetics, and claims the new "liquid biopsy" has the potential to save millions of lives.

The science: New technology able to efficiently sequence DNA are key to the technology, which identifies mutated cancer cells in a blood sample.

MIT Technology Review reports that the test currently under consideration was capable of detecting tumor cells in 80% of patients with advanced cancer and 47% of those who had localized cancer. The test offers an alternative to others with high rates of false positives because it particularly looks for tumor DNA in their blood.

There are downsides to the new technology, such as its current inability to tell precisely where the tumor cells are coming from. But Vogelstein seems confident it will eventually prove a formidable tool in the medical arsenal.

This is a major step: Early detection of cancer is a huge priority because five-year survival rates among cancer patients fall dramatically as the disease progresses. Since treatment of advanced cancers is very difficult, offers diminishing returns and has a variety of serious side effects, catching cancer before it becomes serious offers a better approach to saving lives than research into late-stage treatments.

Earlier this month, University of Bradford researchers announced they were pretty sure they had developed another way of detecting cancer with a blood test; their procedure subjected white blood cells to UV light to measure damage to cellular DNA.

Why you should care: With a lot of additional research, more effective early-detection methods for cancer may soon become a reality. Catching cancer before it has a chance to become severe increases survival rates and decreases the cost of care. If we're super lucky, a test like Vogelstein's could one day help keep millions from dying of cancer.