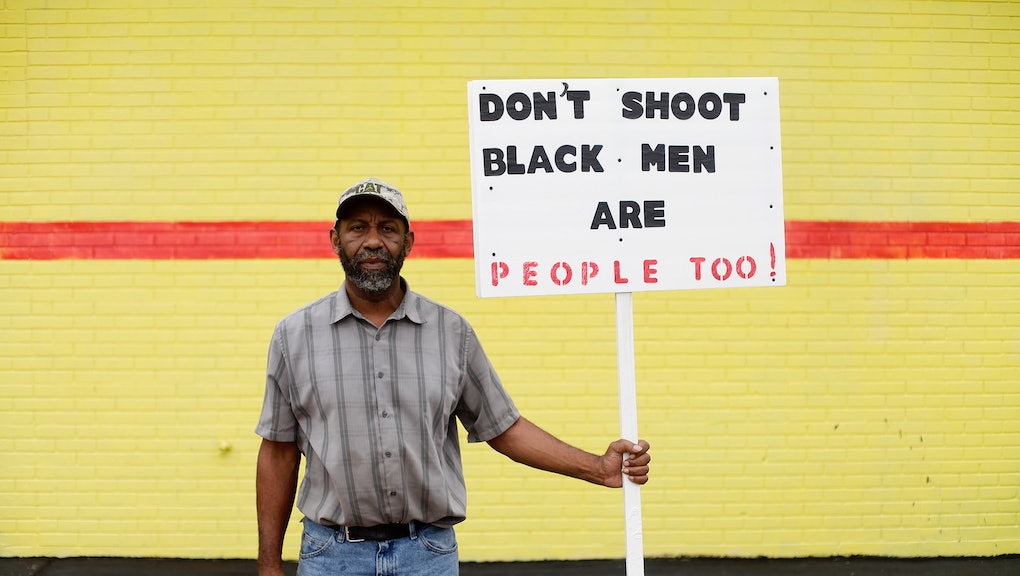 The statistics: White officers kill black suspects twice a week in the United States, or an average of 96 times a year.

Those are the findings of a USA Today analysis of seven years of FBI data, which claims around a quarter of the 400 annual deaths reported to federal authorities by local police departments were white-on-black shootings. What's more, the analysis indicates that 18% of the black suspects were under the age of 21 when killed by the police, as opposed to just 8.7% of white suspects.

Throughout much if not all of America, black people are disproportionately more likely to be killed by the police.

The background: Statistics like these may help explain why Pew polls have demonstrated continued low confidence among non-whites in the police and justice systems. Police in general, and white cops in particular, have a pattern of disproportionately directing force against black people. All too often, cases of abuse and excessive force are simply swept under the rug.

University of Nebraska criminologist Samuel Walker told USA Today that the lack of a comprehensive national repository on use of force has been a "major failure" for oversight, while USC colleague Geoff Alpert pointed out that around 98.9% of excessive force allegations are ultimately ruled as justified. In just one of many examples, NYPD almost exclusively shoots black or Hispanic suspects.

Protests involving black people are also more likely to attract police attention and use of force to disperse them. The ACLU has intensely documented an immensely troubling pattern of police militarization and found SWAT teams and other heavy-handed tactics are much more likely to be used against minority suspects than white ones:

In Ferguson, where community members are currently protesting deeply entrenched, racially discriminatory policing, 92% of all people arrested in 2013 were black. The community as a whole, however, is 65% black.

It's not just the police, either — the Urban Institute estimates that white-on-black homicides in states with Stand Your Ground laws are 354% more likely to be ruled justifiable than white-on-white ones. The State's Warren Bolton describes how black men in America "endure a lifetime of suspicion," both from the authorities and people of other races.

The statistics are clear. Being the disproportionate target of violence by the police and white people in general is a systemic problem for black people across America.

Why you should care: The statistic on white-cop-on-black-suspect shootings is alarming in and of itself. But while race plays a critical role, the number of white cops shooting black people is just part of a larger problem. Black people across the United States are more likely to face discrimination in the criminal justice system and be harassed, arrested and shot by police. Sadly, even the most extreme cases of police excess often end in little punishment.