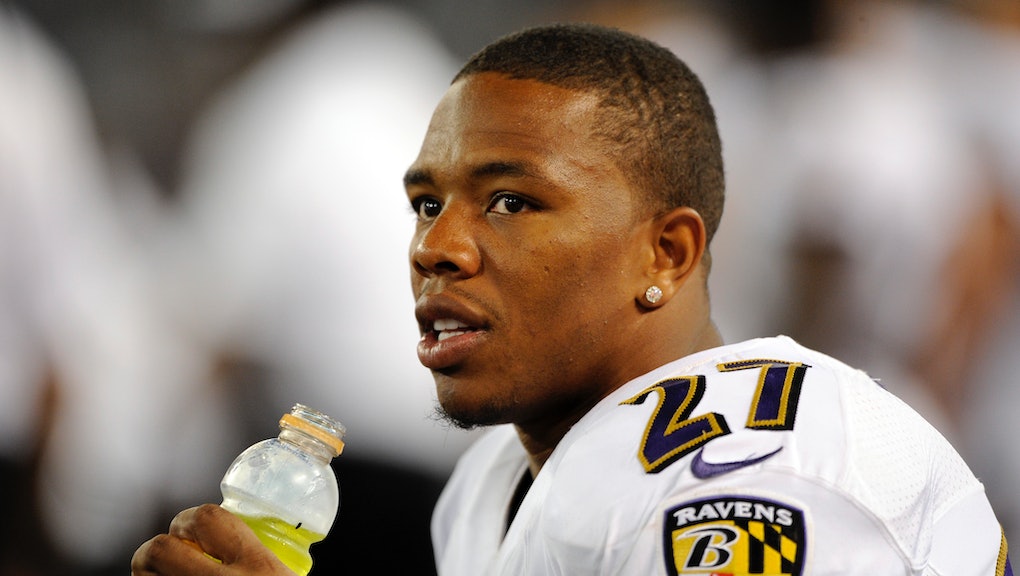 NFL player Ray Rice's firing from the Ravens Monday proves that not even the most lucrative professional sports league in America can continue to employ domestic abusers caught on video. But it's not necessarily cause for celebration. The NFL, a nonprofit organization that pays no taxes, has let domestic violence offenders remain employed with little or no professional consequence for years. So what exactly was it that made the league and commissioner Roger Goodell finally take violence against women seriously?

Let's be honest, the NFL didn't have a feminist epiphany. Instead, it clearly acted in its own best interests, motivated by the graphic video of Rice's assault released and disseminated on social media.

The NFL has long been accused of failing to take violence against women seriously. Whether it's Daryl Washington, who was found guilty of assaulting the mother of his child in her home and who was was never disciplined, or Greg Hardy, who has not been suspended by the NFL despite a court "entirely convinced Hardy is guilty of assault on a female and communicating threats," the league has shown time and time again that players who are accused and even convicted of domestic assault — off-camera — may not face serious disciplinary action.

In the case of Ray Rice, the NFL has taken a much stronger stance than in the past, but the importance of the incriminating video cannot be understated. This type of evidence rarely exists in cases of gendered violence, and should not be necessary before the league takes such cases seriously. Although the NFL purports to have never seen the video until now, many suspect officials had seen the video prior to their decision to let Rice off with a two-game suspension.

Domestic violence is by its very nature a crime that often happens in private, so what happens when it doesn't happen in the elevator of a casino? Why does a woman's assault needs to be captured and seen by millions for the NFL to act on it?

We don't need to see more videos of women being battered. We need to put an end to the culture of impunity for domestic abusers in sports.