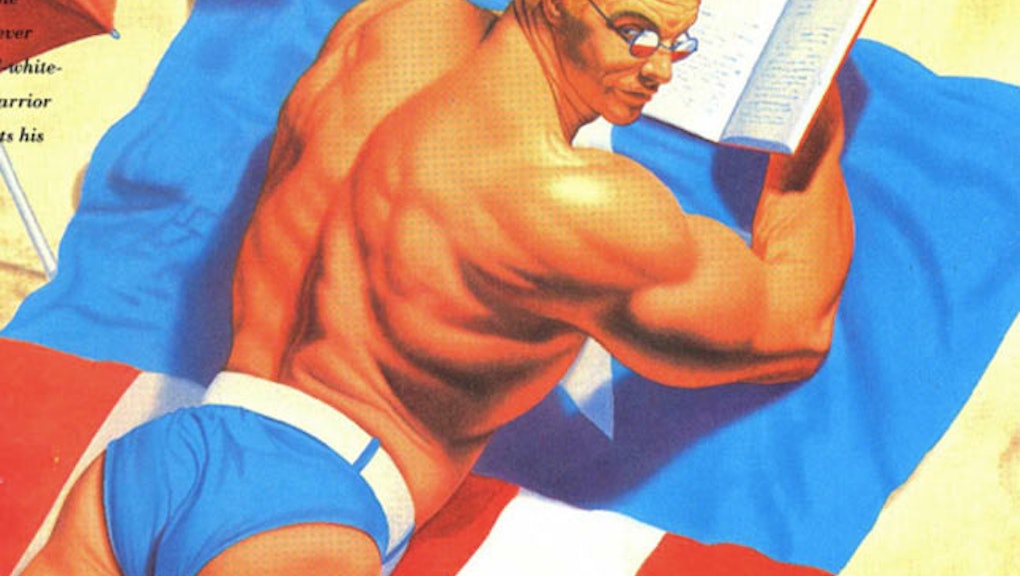 If Marvel Drew Male Superheroes the Same Way It Draws Female Ones, Here's How Absurd It Would Look

Last week, Marvel invoked the ire of the Internet when it released a hypersexualized variant cover for Spider-Woman #1. The cover, drawn by artist Milo Manara, showed Spider-Woman crouching in a ridiculously tight outfit with her butt thrust high into the air.

One such fan is Comic Books Resources' Brett White. In an effort to complicate the all-too-common "notion that women only exist to titillate straight men," the writer and co-host of the podcast "Matt & Brett Love Comics" decided to give male superheroes some sexy variant covers of their very own.

As White points out in his introduction to the images, the issue isn't with sexiness itself; rather, it's with the fact that female superheroes — and women more generally — are disproportionately subject to sexualization in a way that men and male characters are not.

What if Marvel released sexy variant covers for every comic they released? Why couldn't "Magneto" #1 feature the master of magnetism in a brokeback pose with a come hither look? ... Sexiness isn't inherently a bad thing (whether or not comics ostensibly aimed at an all-ages audience even need sexy covers is a whole other issue), it just needs to be an equal thing.

White re-imagined old "Marvel Swimsuit Specials" in modern comic costumes in order to create his alternative covers. While the "images aren't quite sexualized in the same way as the 'Spider-Woman' ones are," he notes, "they illustrate my point that we never see covers like these, covers where the men show a lot of skin, on the stands. Maybe it's time that changed."

Check out White's artwork below, where he gives male superheroes the pin-up treatment:

Check out the rest of the images over at the Comic Book Resources website or Brett White's Tumblr.