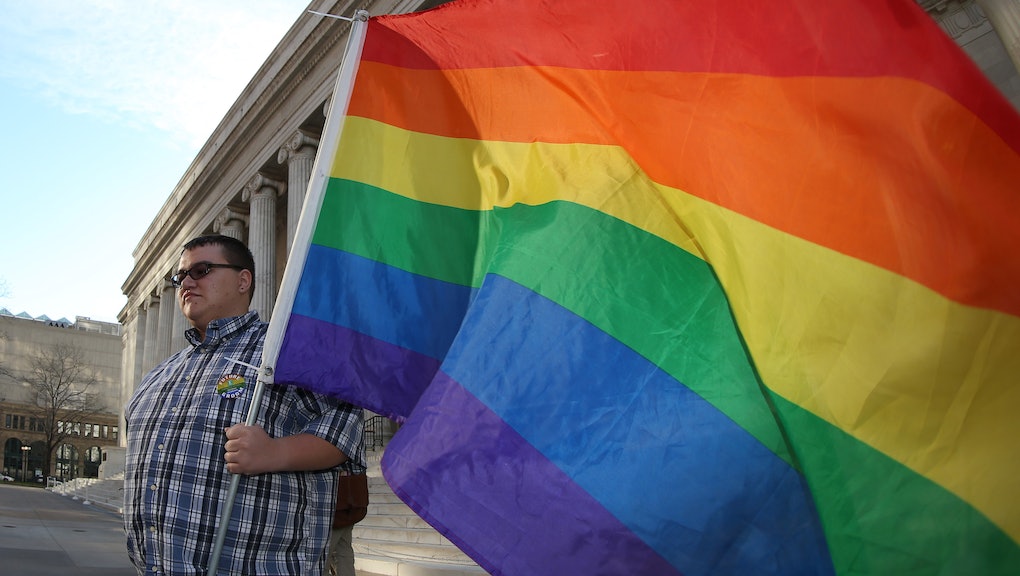 The U.S. Seventh Circuit Court of Appeals struck down gay marriage bans in Wisconsin and Indiana on Thursday.

"Our pair of cases is rich in detail but ultimately straightforward to decide," continued Posner. "The challenged laws discriminate against a minority defined by an immutable characteristic, and the only rationale that the states put forth with any conviction — that same-sex couples and their children don’t need marriage because same-sex couples can’t produce children, intended or unintended — is so full of holes that it cannot be taken seriously."

The ruling comes one day after a federal judge upheld Louisiana's gay marriage ban, a decision that ran counter to 21 consecutive federal rulings against such prohibitions since the Supreme Court struck down the Defense of Marriage Act in 2013.