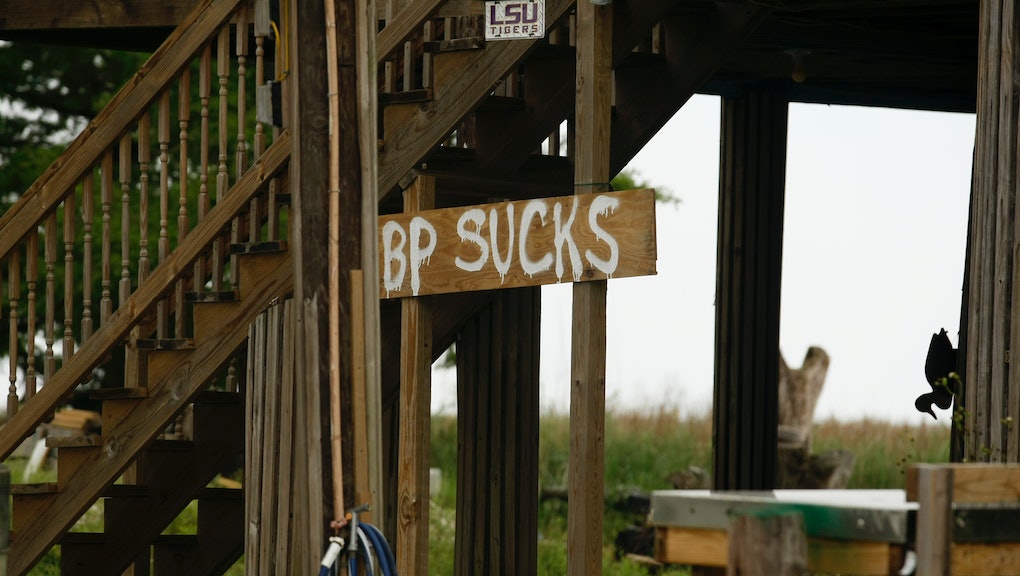 Have you ever pulled some Microsoft Word magic to make a school paper fit the page limit? Maybe you changed the spacing, messed with the margins or secretly picked a different font? Turns out BP knows how you feel.

The much-maligned oil company used just such a trick on a document way more important than your 10-page analysis of Kafka from junior year (no offense). As Slate explains, BP's lawyers altered the spacing on a court brief stemming from its massive 2010 oil spill in the Gulf of Mexico.

BP needed to get its brief under a court-ordered page limit, so it squished the spacing to fit in six extra pages. Judge Carl Barbier noticed and offered this blistering response:

Finally, the Court must address the format of BP's opposition memorandum. The briefing order allowed BP's counsel to file a response of up to 35 pages, double-spaced. This is 10 pages over the usual limit for response briefs. BP's counsel filed a brief that, at first blush, appeared just within the 35-page limit. A closer study reveals that BP's counsel abused the page limit by reducing the line spacing to slightly less than double-spaced. As a result, BP exceeded the (already enlarged) page limit by roughly 6 pages.

Ouch. Makes your professors seem a lot more lenient in hindsight, doesn't it?

BP has been embroiled in numerous cases since the 2010 spill. In 2012, it pleaded guilty to 14 criminal charges connected to the incident and agreed to pay $4.5 billion in fines and penalties, the largest such settlement in U.S. history.

That settlement was just with the federal government. BP has also had to settle with many individuals who brought claims in the wake of the spill, agreeing to pay billions more in the process. But that doesn't mean it's over.

Judge Barbier ruled earlier this month that BP acted with "gross negligence" in the spill, which could mean billions more in penalties. BP is fighting the ruling, though it might want to do so with documents that fit the page limit from here on out.