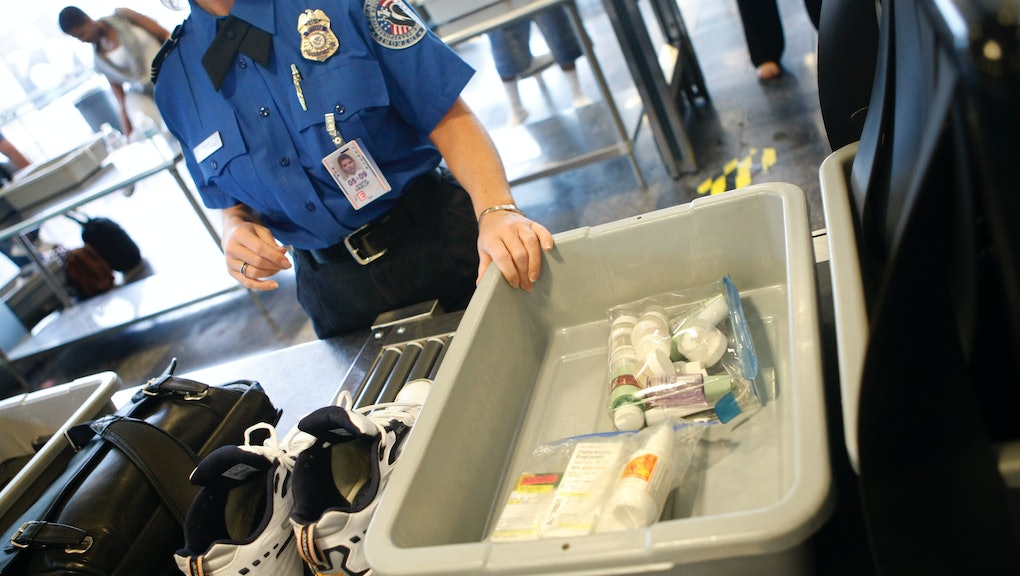 The TSA Is Considering Changing Its Most Annoying Rule Yet

The news: Our long national nightmare of cringe-watching people chug down their bottled water before passing through airport security might soon come to an end.

John Pistole, the chief of the Transportation Security Administration, told the editorial board of the Chicago Tribune that its ban on liquids in containers larger than 3.4-ounces "won't become a permanent measure." The rules were implemented in 2006 after it was believed terrorists could bring down a plane by making a bomb with liquids brought on board.

The caveat? Passengers approved for its expedited screening process, TSA PreCheck, will be the first ones to experience the relaxed rules. More than half of airline passengers that traveled this summer participated in the program, the biggest benefit of which is arguably not having to take off your shoes during the screening process.

Pistole says the biggest threat posed by terrorists isn't from shampoo but "camouflaged bombs" disguised as carry-ons or in checked baggage. "The challenge is that we have seen continued interest and the ability for the terrorist to be innovative in their design, construction and concealment in what we call nonmetallic improvised explosive devices," he said.

Stupid rules: The TSA's screening practices have long been by reviled by passengers and employees. A former administration worker told Politico that its methods are just "security theater," the impression that all those pat-downs, screenings and interrogations are actually doing something when they're not. While airport security is certainly important, tracking down stray bottles of water and shampoo should really come secondary to finding actually dangerous items — and the TSA's Instagram account is chock-full of them:

It's unclear when, or even if, the rest of the rules will be relaxed. At least it's one step closer to the good old days of not being forced to buy a $5 Diet Coke from Hudson News while waiting hours for that delayed flight to Columbus, Ohio.