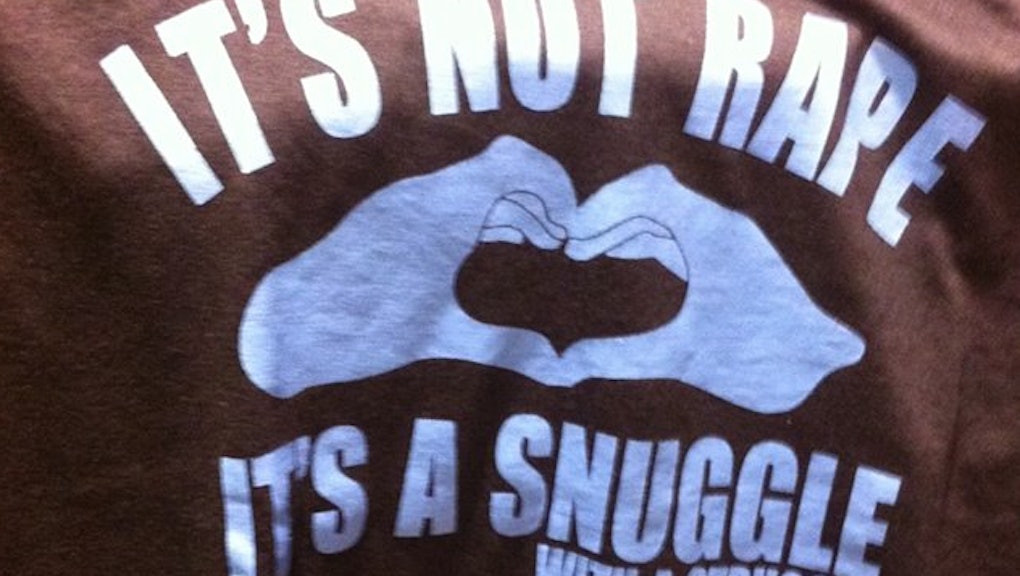 Someone Thought This Horrible Rape T-Shirt Was a Good Idea

"It's not rape, it's a snuggle with a struggle."

These words appeared on a shirt sold in the teen boys' section of an SM Supermalls franchise, the largest mall operator in the Philippines. The shirt was pulled from the shelves on Tuesday after sparking intense public outrage.

On Monday, after writer Karen Kunawicz posted a picture of the shirt on Facebook, Twitter users slammed the store for propagating rape culture:

SM Supermalls quickly went into damage control. A statement obtained by the South China Morning Post said the chain has "immediately pulled" the shirts from its shelves. "Appropriate action will be taken to ensure this does not happen again," the statement said.