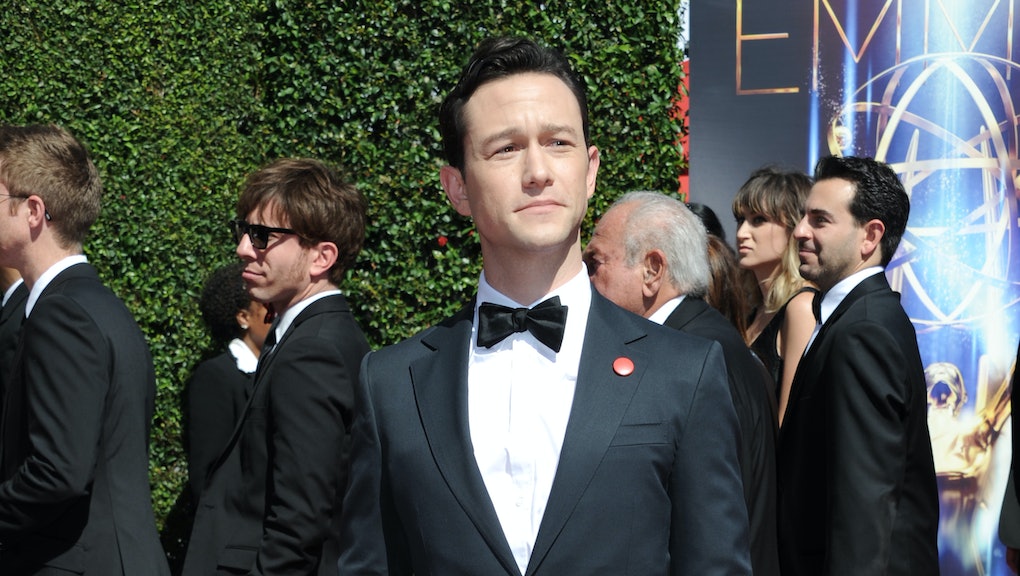 Joseph Gordon-Levitt Perfectly Explains Why Men Should Be Feminists

Joseph Gordon-Levitt wants to explore what exactly it means to be a feminist — and he wants you to help him do it.

In a recent interview with the Daily Beast, the Don Jon star explained why he has for years taken on the feminist label, even as celebrities of both genders publicly distanced themselves.

In the latest installment of his YouTube channel Hit Record, the actor posted a video called "Re: Feminism," in which he doubled down on these beliefs. Gordon-Levitt noted that his interview with the Daily Beast garnered "a lot of attention" on the Internet — for better or for worse.

"Then there are people out there who are against the word feminism, and who take it to mean a lot of different things. I wasn't as aware of this," he said. He pointed to the Tumblr "Women Against Feminism," which highlights people against the movement because they think it's outdated.

In a bit of an unconventional move, Gordon-Levitt asked his viewers to weigh in, soliciting answers to the questions: What does the word feminism mean to you? Would you call yourself a feminist? Why, or why not?

The actor notes that feminism is personal for him — his mother was an active feminist and instilled those same values in him from a young age. Making a point to note that his mother was both a feminist and active parent, Gordon-Levitt emphasizes the connection between motherhood and gender equality.

"A lot of people who don't identify with that word feel like that word is somehow against motherhood," he said in the video. "Personally, I don't take it that way. For me as a feminist, it should be up to the woman to decide if she wants to be a mom ... if that's what she wants to do full time, that's awesome, that's what my mom did. But if she wants to go out and have a career apart from being a mom, then she should be able to do that as well, and that's to the benefit of everybody."

Ultimately, feminism is about working toward a more accepting and equitable future.

"There were some people that were saying that feminism made sense in the past but it doesn't anymore because men and women are equal now," he said. "I'm no expert, but I think the facts are pretty contrary to this."

Some of those facts included income inequality as "one of the many examples." Still, the question is a complicated one. "I get it that it's complicated," he says. "I think it's great thing for us all to to be talking about."

"Us all" equals men and women.