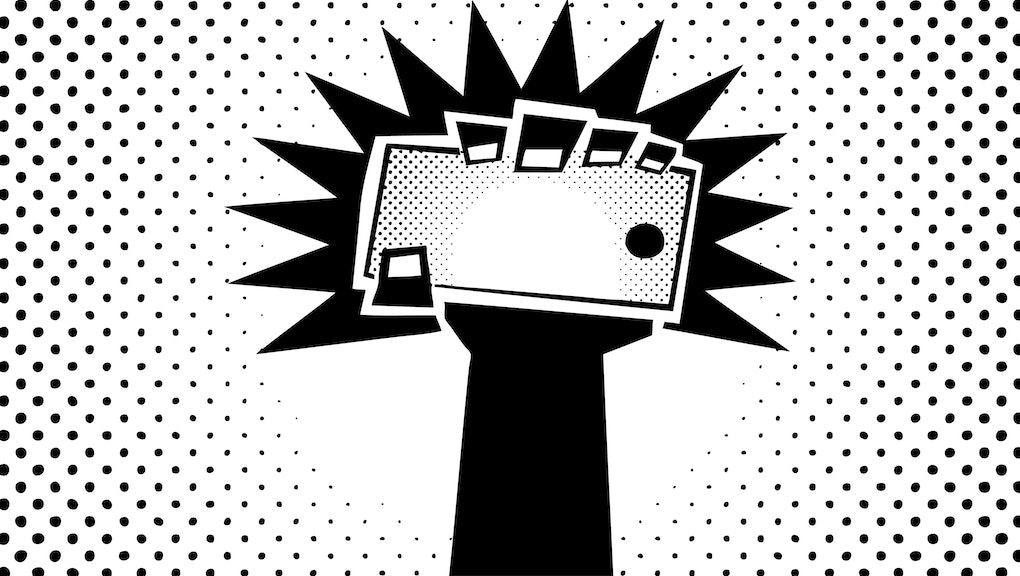 2020 was the year of the online petition. Did they actually make a difference?

Since the beginning of the coronavirus pandemic, 21-year-old college student Amrita has been dawdling in her New Jersey hometown, waiting for classes to reopen. During that time, she's still been getting monthly bills for the vacated apartment she left near campus as colleges continue to reckon with the ebbs and flows of the virus. She doesn’t think that’s very fair — why should students have to foot the bill for the housing they vacated because of a once-in-a-generation health crisis, which they only might return to when the world reverts to a more normal timeline? There are so many arcane infrastructural hiccups and injustices in the wake of 2020's accursed agenda that Amrita's struggle is coated in a familiar sense of helplessness. No matter how justified tenants might be in withholding money during this public health upheaval, they don't have many actual tools to strongarm landlords into suspending rent.

So, Amrita mulled her limited options and came up what she thinks is the best course of action: a petition on Change.org. Currently, it stands at 54 signatures out of the target 100.

"I know what is happening is unfair. I have to become my own advocate, and that is why I started this petition," Amrita told Mic earlier this year. "I'm not sure if I will be able to achieve my goal, but I might as well try."

In that sense, Amrita is just one participant in an unprecedented boom time for Change.org. The venerable activism platform, launched in 2007, has long been a symposium for every imaginable grievance, but lately, as an insurrectionist spirit has clasped onto American norms, online petitions have reached a higher plane of urgency. "On a typical day in the U.S. we'd see between 300 and 500 new campaigns," Michael Jones, managing director at Change.org, told Mic earlier this year. "But since the second week of March, we've seen numbers that are three or four times that."

Jones says that the first wave of petitions came crashing through the site as the world turned feverish during the early days of the pandemic. The typical coronavirus-tinged petitions asked for schools to close, for mortgages to be suspended, or for added protection for essential workers. Change.org heated up even more following the police killing of George Floyd in late May; a petition demanding the arrest of Minneapolis police officer Derek Chauvin, who killed Floyd after kneeling on his neck for nearly nine minutes, earned over 3 million signatures.

According to Jones, the momentum shows no signs of slowing down. We've all seen the evidence in our own Instagram feeds: Every day brings new Stories, posted by distressed friends, spurring on the people in power to adjudicate a new flagrant injustice. When the dust settles, 2020 will undoubtedly be remembered as the year of the petition. Change.org has been around for more than a decade, and has hosted petitions ranging from the incredibly important to the hilariously flippant. Some of the most popular petitions in the site's history ask to stop the sale of guns at Walmart; others want the video game company Electronic Arts to continue to support Star Wars: Battlefront 2. It's interesting that in 2020, a year when America is in the midst of a new civil rights movement, that many would-be activists remain locked inside for fear of inflaming the pandemic. They've learned to lean even more on internet petitions to enact the change they want to see in a pyretic world.

"Quarantine and people staying indoors and self-isolating has forced people to turn to the internet to share their voice — but I think that's backed up with the fact that it's worked," says Jones, citing both forces like Change.org and also the online signal-boosting of Black Lives Matter and other net-native social justice causes. "It doesn't mean that every petition causes a huge difference. But in a moment like this critical attention, and critical numbers, can force the attention of a decision-maker."

Jones is hinting at the inevitable obstacle that stymies even the most popular online petitions: There is no centralized agency to bring those campaigns to any official debate floor. The closest thing we have is a service called We The People, founded by the Obama administration in 2011, which promises to provide a response to any activist drive that crosses a 100,000-signature threshold. It's a state-sanctioned service built to, if nothing else, acknowledge that popular petitions exist.

But as The Verge reported in 2018, most of the feedback the government offers through the We The People initiative is limp and insubstantial. For example, a recent petition pushing for the decriminalization of hemp farming hit over 115,000 signatures, and the White House's only response was to point out that research institutions can already cultivate hemp legally — technically a response, yes, but one that was completely irrelevant to the crux of the issue.

"When you start to see success on something trivial, it makes you believe in your ability to change much more serious and substantial things."

Jason Del Gandio, who studies social justice movements at Temple University, is well aware of those frustrations. As far as he's concerned, it's difficult to connect the dots between actualized change and digital endorsements. Policymakers aren't often going to be influenced by one or two popular petitions; there are simply too many other competing interests in the water. But, Gandio says, those campaigns can be effective when they're adopted into a more holistic strategy. "What is your goal and who has the ability to enact your change? Then how can you use a petition to raise awareness, garner support and media attention, and then use that to pressure the power brokers? Now your petition is functioning within a larger plan of action," he tells Mic.

You can see evidence of Del Gandio's suggested strategy at play in many of the campaigns that have kicked up alongside the Black Lives Matter resurgence. Recently, a Change.org drive to pass a hate crime bill in Georgia following the killing of Ahmaud Arbery earned over 1 million supporters. That bill was signed into law in late June and went into effect in the beginning of July. It's impossible to say that those signatures were a fundamental part of that momentum — but as everyone in activist circles understands, every little bit helps.

For what it's worth, Change.org does keep a database of all the campaigns they've deemed to be "successful" — from the 19,000 people who advocated for Starbucks to start selling a meatless sausage variant to the millions of people who demanded that the police officers who killed Floyd be charged with murder. Even still, both of those causes were eventually mediated on a much higher threshold than Change.org; as Del Gandio explains, nobody should feel like they've Done The Work by merely adding their name to a list online, especially given the many nonprofits that need real, concrete monetary support right now.

But even within the limited scope of online petitions, Jones believes that there is something special about this moment. One day, a 21-year old might be petitioning their city for student housing relief. The next time, they might aim a lot higher. If a person uses Change.org as their introduction to activism — even if it's to protect their favorite video game — the hope is that the website is merely the beginning.

"When you start to see success on something trivial, it makes you believe in your ability to change much more serious and substantial things," he says. "[It's] a way to teach people to organize online, and tell a story online. My hope is that people learn the lessons from those campaigns, and apply it for the rest of their lives."

Editor's note: This article has been updated to more accurately reflect Change.org's origins, and the breadth of petitions it hosts, including serious efforts to reform life-or-death laws and more ephemeral petitions about pop culture.

More like this
Should public transit be free?
By Andy Crump
QAnon queen Marjorie Taylor Greene got suspended from Twitter for spreading coronavirus misinformation
By AJ Dellinger
Conservative grifters are selling a cheap Chinese smartphone as a solution to Big Tech censorship
By AJ Dellinger
Stay up to date