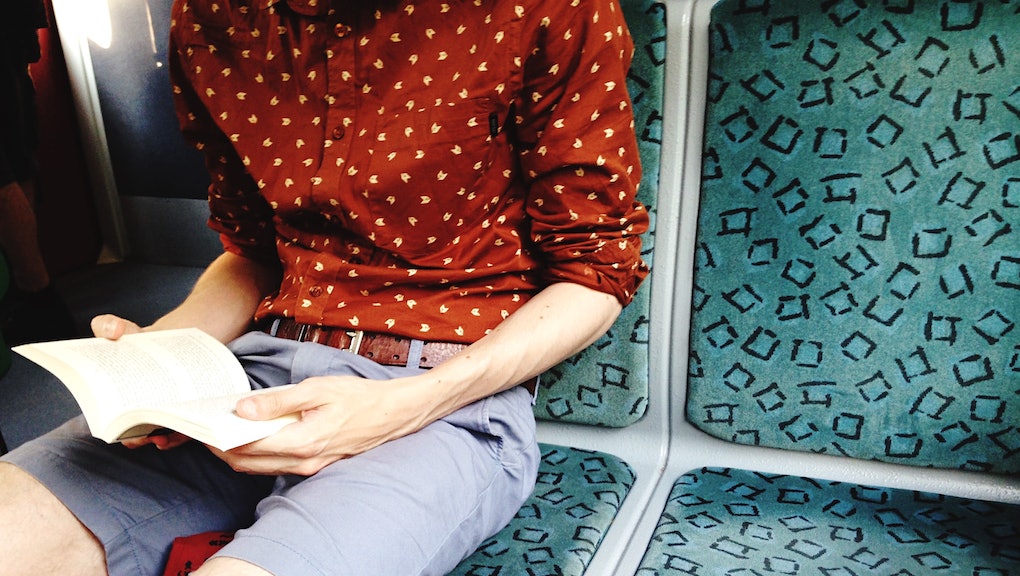 It’s about to be 2020 and even people who've ditched the idea of "resolutions" are going on about how they’re going to be really intentional this year. Again. We will all put down our phones, start meditating, and focus on having deeply meaningful interactions. Again. The problem is that self-help books that claim to help you learn about mindfulness are generally kind of terrible. Mindfulness books are notoriously boring, unrealistic, preachy, and take hours to say a very simple thing: Pay attention and "be present in the moment."

Yeah, duh, but if we could, we just would. Here are three books that will help you learn how to live that mindful life without boring or condescending you.

Blink: The Power of Thinking Without Thinking by Malcom Gladwell

Blink is about how really informed people make decisions. As you might guess from the title, this is not a book about making elaborate lists. Blink is a book that teaches you how to make quicker and smarter choices, not by prattling on about some obscure methodology, but instead by offering up insightful anecdotes and psychological evidence.

I probably don’t need to tell you who Malcom Gladwell is, but just in case: He is, arguably, one of the most lauded public intellectuals of our day, probably because people of various backgrounds and perspectives seem to take to his ideas. Put simply, this book might tickle and please even the most skeptical of self-help.

Flow: The Psychology of Optimal Experience by Mihaly Csikszentmihalyi

"Flow state" is the kind of consciousness that psychologists consider optimal, meaning that it is the mind state in which people are happiest and most able to do innovative work. This book is about how to get into a flow state and what to do when you get there.

The author, Mihaly Csikszentmihalyi, has been teaching at the highest levels of academia for decades and approaches the idea of flow with the rigor of a scientist and the deft literary expression of an artist.

Shambhala: The Sacred Path of the Warrior by Chogyam Trungpa Rinpoche

I've purchased more copies of this book than any other because, put simply, it makes meditation seem sensuous and also like self-defense. The book, which is the least science-based of these three, was written by the infamous former Tibetan monk, Chogyam Trungpa, who coined the term, “crazy wisdom.” He escaped Tibet during the intial days of the Chinese Occupation, first moving to Europe and then to the US, where he founded the Shambhala lineage of Buddhism and Naropa University.

Trungpa has always been a somewhat controversial figure — which makes his philosophy a lot more accessible than traditional Buddhist texts, but retains that valuable "honor yourself and each other vibe" that feels like hot soup in a cold world. In The Sacred Path of the Warrior, he suggests how to meditate and why you should. It has a lot more to do with cultivating personal integrity and awareness than it has to do with ascending to a higher plane and such — so you might like it even if you’re a little mindfulness (or religion) averse.