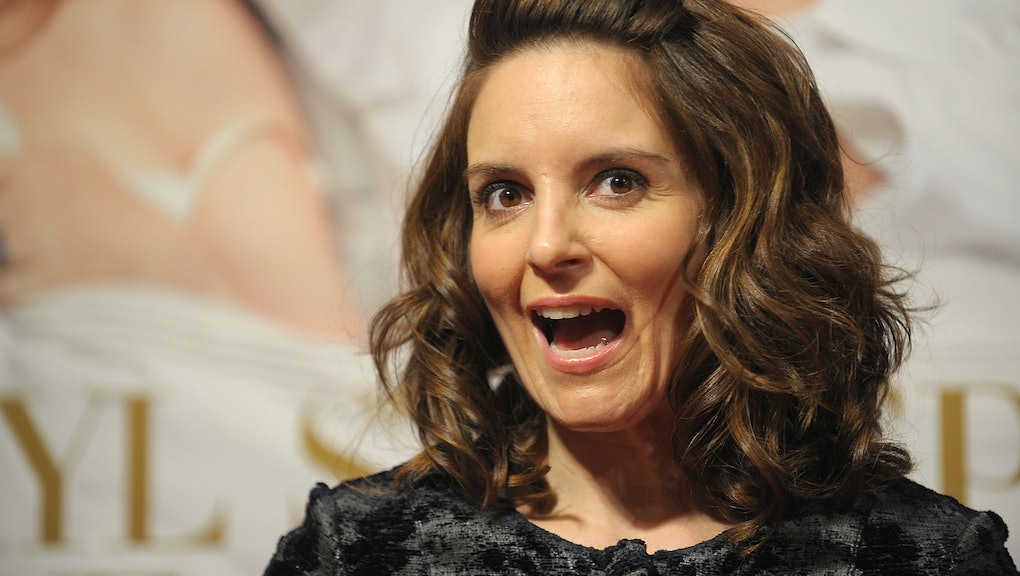 '30 Rock' scrubbed its blackface from the internet

30 Rock is the latest title in the entertainment canon to try to scrub itself of racism. Four episodes of the long-running NBC comedy are being removed from the internet. Two of the episodes feature Jane Krakowski’s character Jenna in blackface; another has John Hamm in crude blackface as a spoof on the racist show Amos ’n’ Andy.

The problematic episodes are being pulled at the behest of 30 Rock creator Tina Fey and fellow NBCUniversal executive producer Robert Carlock. “As we strive to do the work and do better in regards to race in America, we believe that these episodes featuring actors in race-changing makeup are best taken out of circulation,” Fey wrote in a letter to 30 Rock’s distributors, including platforms Hulu, Amazon Prime, iTunes and Google Play.

It’s mad surprising that NBC thought it was okay to air blackface, even in jest, as recently as 2012. 30 Rock aired from 2006 to 2013; the episodes being wiped from streaming are from seasons three, five and six. It’s worth noting that all the instances of blackface in 30 Rock were satire — or otherwise intended to emphasize its characters’ obliviousness.

The season three episode, “Believe in the Stars” from 2008, features a plot where Jenna (Krakowski) and Tracy Jordan (Tracy Morgan) try to settle an argument about who has it worse, white women or black men, by dressing in drag as one another, in whiteface and blackface. (It’s also the episode guest-starring Oprah, which is a terrible casualty.) In season five’s “Christmas Attack Zone,” Jenna again appears in blackface, dressed up as former Pittsburgh Steelers player Lynn Swann; her boyfriend Paul (Will Forte) is costumed as Natalie Portman. They’re “Black Swan(n),” get it? (Insert groan here.)

In her statement, Fey said these plotlines were no excuse for racial insensitivity. “I understand now that ‘intent’ is not a free pass for white people to use these images. I apologize for the pain they have caused. Going forward, no comedy-loving kid needs to stumble on these tropes and be stung by their ugliness. I thank NBCUniversal for honoring this request,” Fey wrote.

Some think the move to censor problematic episodes of 30 Rock is less about cultural sensitivity and more about damage control — that it’s Fey’s way of maintaining her reputation and legacy now so the show isn’t “cancelled” later. The attention being paid to 30 Rock’s relatively recent transgressions has also inspired critics to call Fey out for the racism lurking in projects like Mean Girls and The Unbreakable Kimmy Schmidt.

Culture is evolving at a breathtaking rate. Racism that might’ve wormed its way into mainstream entertainment ten or even five years ago won’t fly anymore. And that means it’s open season on offensive content, no matter how beloved it once was.

More like this
Harry Styles, king of gender neutral style, is working on a line of cosmetics
By Kara Weisenstein
Ricky Martin said he has PTSD from Barbara Walters trying to out him on TV
By Kara Weisenstein
Ellie Kemper apologizes for attending “racist, sexist, elitist” Veiled Prophet Ball
By Tim Brinkhof
Stay up to date